Remember when: It’s yesterday once more 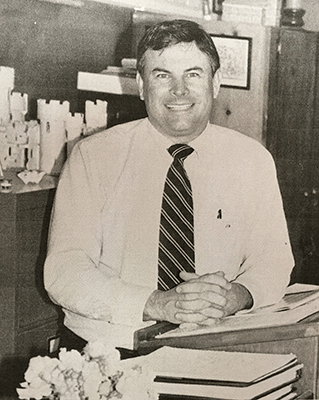 A song from The Carpenters 1973 album, “Yesterday Once More” was sung at the Covington Arts Council’s performance the other evening, “Close To You, The Music of the Carpenters.”

“All my best memories come back clearly to me, some can even make me cry; Just like before, It’s yesterday once more.”

A dear lady called me this week, Nell Martin Riley, age 87 years. Mrs. Riley, one of five children, attended Rawls School during her elementary years, Straughn School later on, and then was graduated from Pleasant Home School in 1949. Her parents were Frank and Nellie Maddox Martin, parents of 15 children. Frank was a share crop farmer and carpenter. Nellie worked at Andala for years. Born with partial sight, Mrs. Riley had the opportunity to attend the Talladega School for the Blind for a couple of years during the mid 1970s and learned a trade. For 18 years she operated the vending machines at LBW keeping records and working in the snack bar, too. Now retired, she states that she and a close friend of hers had been a fan of the “Mrs. Grundy” column in The Andalusia Star-News for years. Though she had never met the writer, the late Mr. Joe Wingard, she enjoyed reading all of the tributes to him that had recently been written in the local paper. “I was hoping that there might be just one more column about him coming up!” So here goes – thanks to some former AHS students who posted comments on Facebook over the past few weeks.

Pam Mullen Doster posted, “He will be in the history books one day. Last time I saw him was at Huddle House months ago, maybe even a year. He took out his pad and pen and wrote my name and the year he taught me. He thanked me for talking to him and smiled so big. I’m so glad I went over to his table – a true gentleman.”

Cindy Browder Grantham wrote, “Not only did he treasure the subject matter he taught so well, but more importantly, the students he taught.”

Lucy Newman Thompson penned, “Mr. Wingard would be very proud of the poem his former student David Griffin wrote. He will be remembered by so many. He was one of those great teachers who made such an impact on his students and the people of the city he loved.”

Judy Phillips replied to Griffin’s poem, “Great job – Another AHS success story.” (Judy was referring to David Griffin, a 1973 AHS graduate and UAB Civil Engineering graduate, who is an engineer in Jasper with Drummond. When he was a senior at AHS, he was in need of some extra credit to help him pass his English final exam. His teacher, Mr. Wingard, let him draw some likenesses of English writers and poets for bonus points. Griffin will never forget Wingard’s kindness and willingness to help him graduate.)

The day Mr. Wingard passed away, December 29, 2017, David Griffin wrote this poem, “Ode to Mr. Wingard” and shared it on Facebook.

“When in school, I had a great teacher

Although I didn’t know it then.

Now much older I look back

And realize what an inspiration he had been.

This gentleman from Montgomery

Came to our hometown

To make his life there

And teach us to never lie down.

I remember at about thirteen

I would never pass!

Each morning he would read

About someone special or some event.

Although I would usually daydream then,

Now I know he was God’s teacher sent.

Why all this memorizing

About things from so long ago!

How is this supposed to help

When into life we go?

Later on at seventeen

In his English Literature class

I had to finish this one

Or graduation, not pass.

I found myself failing the final test.

This man caring said, ‘Use God Given talent,

Forward me he would.

Even after retired of teaching,

Still he kept in touch

With adopted community he found

And loved so very much.

In his last years, he wrote a column.

Each week he would pen, Portly Gentleman as Mrs. Grundy

Peeping through Venetian blind from den.

Listing everyone by name,

Great places to eat and visit

Mr. Wingard, we will miss you.

Another – Andalusia will never know.

You will find your crown in Heaven.

Terry Shaw Patko shared on FB, “What a wonderful tribute to a great teacher and friend. Mr. Wingard would be pleased.”

Melissa Gregory posted, “Beautiful tribute to Mr. Wingard, David. I’m sure he is smiling with each word of your poem.”

Charles Gantt posted “Thumbs up,” and Valerie Keith said “David, you did a good job!”

Kay Simms Brawner weighed in, “I love it!”

Judy Manner Weant thanked David Griffin for sharing and added, “Thanks, he was awesome. I miss him!”

Even Mr. Daniel Shehan, former AHS teacher and former song composer of so many of Mr. Wingard’s lyrics, couldn’t help but say in response, “Beautiful, David!”

In conclusion, here is a poem that was found among his keepsakes at Mr. Wingard’s home, a place of rest and repose, that he so lovingly named “Arcadia.” I am sure that the name he chose for his residence had something to do with English literature. The poem was handwritten in printed letters and dated October 2010. It was most likely tied to “The Year of the Small Towns in Alabama” and the “Absolutely Andalusia” event which was celebrated about that time. He had a footnote, “Please observe spelling, capitalization, and punctuation. Thank you.” So here it is, an amazing tribute to his adopted hometown. As Mr. Wingard would quote, “The power of the pen is mightier than the sword.”

“Upon the summit of a hill

Beneath a Southern sun.

Upon the summit of that hill

There sands a Golden Square,

And ev’ry dream that a man can dream

May find fulfillment there.

A land of shops and steeples,

A land of homes and schools,

And love of music rules,

The Singing City of the South,

A place of family,

A home for raising children

Traditions all around us

To comfort and to please.

Come home and sit a spell.

And listen for the bell

That rings the children home from school.

They’ll soon be running by –

The future of our dear, old town –

The apple of our eye.

Come home and stay a spell

With old friends all about us

And memories as well.

Come home and sit a spell;

The Covington Historical Society meets tonight, January 25, 2018 in the year of our Lord and every last Thursday of each month. We will REMEMBER WHEN Mr. Joseph Wingard was a lifelong member and charter president. Many memorial contributions have been sent to the CHS in his memory. According to our records, he remitted his dues even last year for two years, 2017 and 2018. God bless all he meant to the society, the Andalusia High School, the First Baptist Church, The Andalusia Star News readers, his many friends, fellow teachers, and former students. As we say here in the South, “Bless his heart!”

Sue Bass Wilson (AHS Class of ’65) is a local real estate broker and long-time member of the Covington Historical Society. She can be reached at suebwilson47@gmail.com. or

Mrs. Grundy was too busy

May flowers are soaking up raindrops

For the love of good neighbors, cobbler