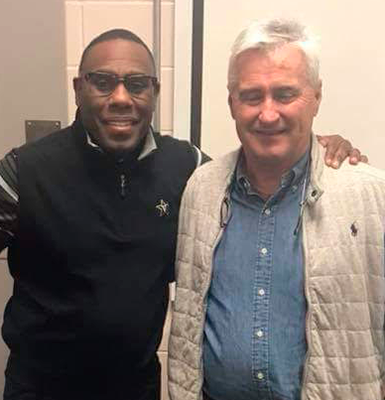 The recruitment of Andalusia’s B.J. Anderson has heated up with Vanderbilt University’s head football coach, Derek Mason, making a trip to Andalusia on Wednesday to see the senior Bulldog.

Anderson helped lead the Bulldogs to the semifinals of the Class 4A state playoffs in his senior season.

He finished the year with 1,297 yards, 15 touchdowns on 65 catches as a receiver. He also led the team with seven interceptions while playing corner back.

Vanderbilt is recruiting Anderson as a defensive back, and has officially offered the senior a scholarship.

Anderson went on a recruiting trip this past weekend to Vanderbilt.