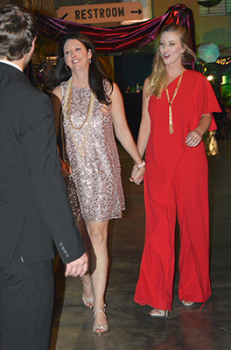 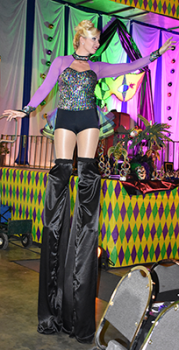 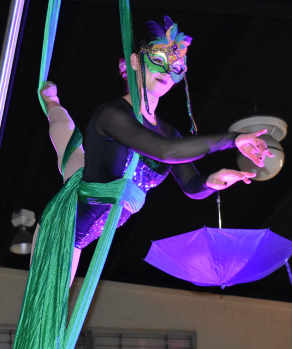 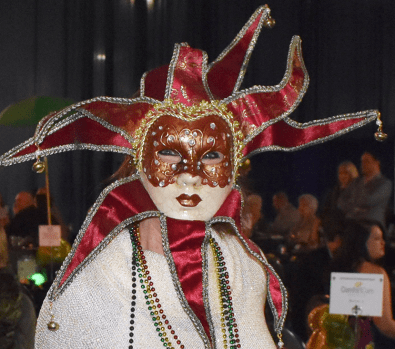 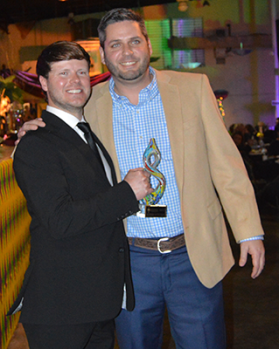 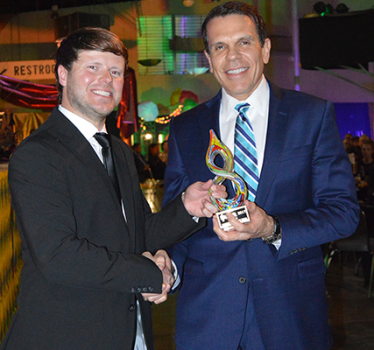 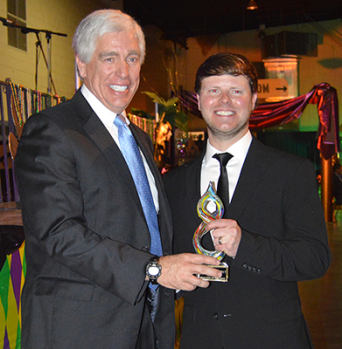 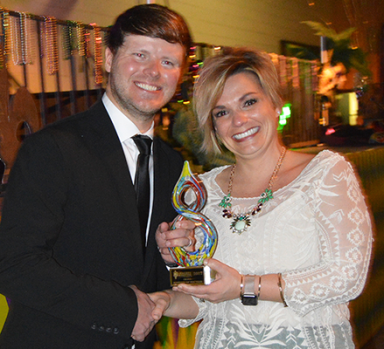 Incoming Chamber President Will Bumpers presents the small business of the year award to Lindsey Reaves, Utopia Salon and Spa. 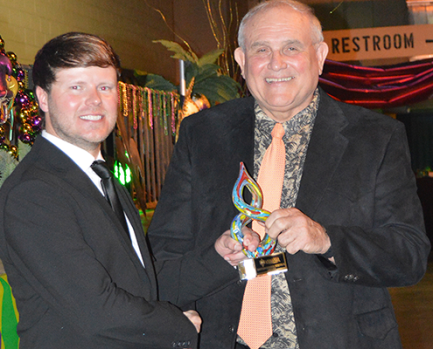 Larry Avery was recognized with the distinguished service award 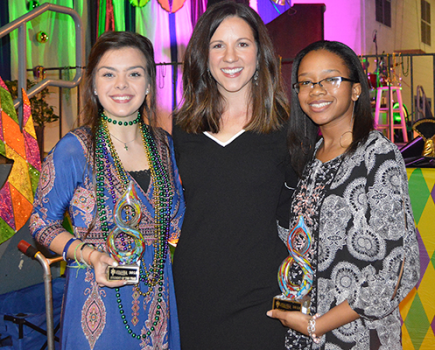 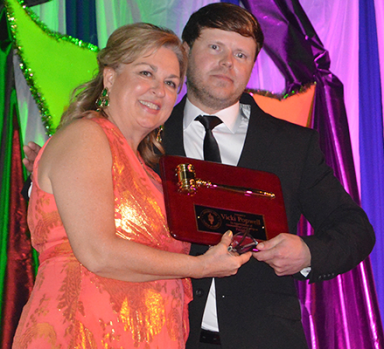 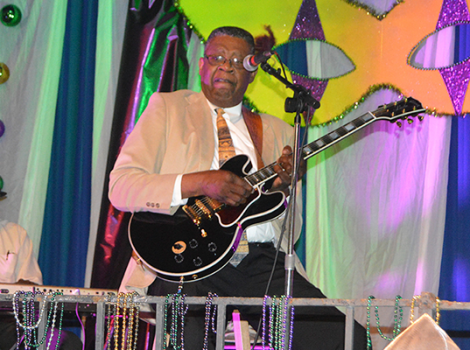 The Andalusia Area Chamber of Commerce celebrated a successful year with a carnival spirit in its 95th annual banquet, the largest ever, last night.

“It is fitting that we are celebrating with Mardi Gras,” Executive Director Chrissie Duffy said. “Tonight is a time to relish in our successes.”

Duffy said in business, as in most things, there is a natural progression of planting, cultivating and harvesting.

Success starts with the risk takers and visionaries, she said, who plant the seeds to open a business or being a project.

Working hard at the daily toil leads to the harvest celebration.

“Tonight we are celebrating all of you as we look forward to a successful 2018,” she said.

More than 650 people attended the event, which featured a social hour with music by Stanford “Slim” Barnes and the Soulful Saints. Barnes is a Brantley native who recently was inducted into the Alabama Blues Hall of Fame. Stilt walkers, aerial acrobats, contortionists, and fire breathers also entertained during the social hour.

Dinner was “A Taste of New Orleans,” catered by Big Mike’s, followed by an awards presentation.