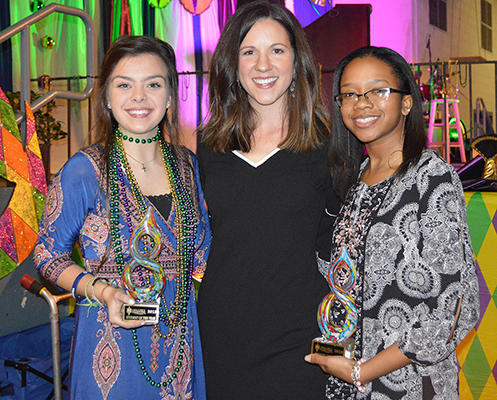 The Andalusia Area Chamber of Commerce’s first student of the year, Morgan Weant Sanders, was on hand at Thursday night’s Chamber banquet to mark the 10th anniversary of the award and to recognize this year’s winners.

Sanders recalled that she earning the award as a goal for herself, and encouraged others to do the same.

Philpott is class president, earns high marks, and participates in cross-country, varsity basketball and marching band. She also volunteers as a worship leader at Bethany Baptist church, and plans to attend Troy University

Robrtson serves as LBWCC Upward Bound vice president and is a City of Andalusia youth ambassador. She is graduating as valedictorian, and plans to attend Tuskegee University.