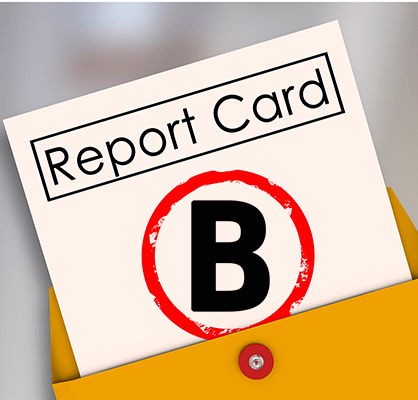 Local school systems were among 46 percent of Alabama school systems earning an A or B on report cards released Thursday, and superintendents said they were pleased. Each local system earned an overall B.

The report cards grade Alabama school systems for the 2016-17 school year. The academic achievement indicators were based on ACT Aspire scores, a standardized test the State Board of Education decided last year to do away with. Other factors include improvement, absenteeism, and graduation rates.

“I believe this test was spread over a large bell curve and I’m just happy that we are on the fun end of the curve,” Andalusia City Schools’ Superintendent Ted Watson said. “We have always known that Andalusia has high standards when it comes to our education, but it’s nice to see that it shows on the report.”

“We relied on a test (the ACT Aspire) that we don’t use anymore, so now we are just trying to transition and prepare our teachers and students for the new test that we are going to take in April,” Covington County Superintendent Shannon Driver said. “We are working diligently to make sure we are prepared to do well on the new test.”

Opp Elementary School scored the highest among all of the schools in the county with an 87.

“We have some areas to work on, but I am very pleased with all of the faculty and students,” Opp Superintendent Michael Smithart said. “Now we can start identifying our problems and working on them.”