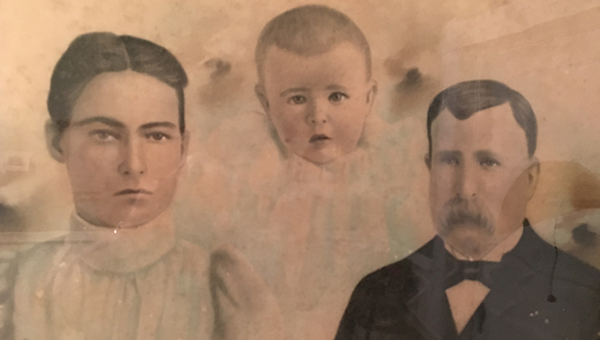 In 1918 the flu epidemic arrived as a great war was raging in Europe. It has been called “the greatest medical holocaust in history.” One third of the world’s population eventually came down with what was dubbed the Spanish flu, because the King of Spain, his prime minister, and several cabinet members came down with the disease. In the U. S. alone, the flu killed about 675,000 in about 15 months.

The epidemic affected the course of history, killing more Americans in less than a year than died in battle in World War I, World War II, the Korean War, and the Vietnam War.

It started in the spring of 1918 and really took off in September 1918. Children were orphaned, families destroyed. It killed more people in a few months’ time than any other illness in the history of the world. More than 25 percent of the U. S. population became ill. Thirty-six percent of the Army members were stricken and 40 percent of the Navy.

Coffin makers couldn’t keep up with the demand so mass graves were dug to bury the dead especially in the larger cities. The flu brought communities to a standstill, emptying city streets, closing churches, pool halls, saloons, and theaters. Many flu victims died in their homes of starvation and not the disease, because they were too weak to seek food, and no one dared to bring it to them. Death wagons patrolled the streets of major cities delivering at least one coffin on porches of each home and picking up bodies in the coffins stacked up and placed out on sidewalks.

It finally went away as mysteriously as it appeared, and as the summer of 1919 arrived, the flu seemed to vanish without a trace.

Experts believe that between 50 and 100 million people worldwide were killed. More than two-thirds of them died in a single 10-week period in the autumn of 1918. A recent PBS documentary stated that everyone came down with the flu that was going to get it, and those who didn’t come down with it were immune to it!

My daddy, Charles Bass, was born in LaFayette, Georgia in October 1918. A black midwife breathed into his lungs to make him breathe and cry as newborns do. The doctor said he was most likely born with the flu. His mother and father were unable to attend his uncle’s funeral that October. “Uncle Joe” Bass had died of the flu in Rome, Georgia.

Other church cemeteries in the area probably record deaths during that same time frame since the obituaries listed in The Andalusia Star on microfilm at the Andalusia Public Library reveal quite a few deaths in the city and outskirts due to influenza and pneumonia.

In 1918 there were at least two deaths of young people that occurred in Andalusia from influenza and received much notoriety. John Carson McArtan born in 1897 was the first-born son of the grandparents of Lucy Doyle Brady. Lucy’s mother, Mary Eliza, was John Carson’s sister.

Carson’s obituary was a front-page article in the November 12, 1918 Andalusia Star. It reads: “John Carson McArtan, aged 20 years, eldest son of Mr. and Mrs. D. A. (Duncan Archibald) McArtan died Monday evening at 6 o’clock at the home of his parents after an illness of just one week of influenza followed by pneumonia.”

“Carson as he was known to all of his friends, was a favorite among a wide circle of friends. He was a consistent member of the Presbyterian Church and died in the full triumphs of a Christian faith. He was a member of the Men’s Class at the Sunday School and was always faithful to every duty.”

“Carson was for two years a student at Georgia Military Academy. He won the medal for punctuality. He had enlisted in the Marines and was waiting to be called when he became ill.”

“He is survived by his father and mother, two sisters, and a brother. Funeral services were conducted from the residence, Monday afternoon at 2:30 o’clock by Rev. L. R. Simpson. The esteem in which the deceased was held was attested by the many floral tributes. In their loss the family of the deceased has the sympathy of the entire community.”

Carson’s niece, Lucy, still resides on Sixth Avenue in the historic Victorian-style home of her grandparents. She has a commemorative military sword which she treasures that belonged to her uncle. Young Carson was a popular young man around town just as his namesake is today, young Carson Brady, Lucy’s grandson. Carson’s sister Mary Eliza was a college student herself at the time in North Carolina. She came home by train for her brother’s funeral in November, Lucy states, but she ended up remaining in North Carolina for the Christmas holidays and was a house guest of the college president by special invitation. It was such a long way to travel.

Another popular young person, college age, to die during the flu epidemic in 1918 was Miss Mary Hill Randle. Her obituary appeared in the December 12, 1918 Andalusia Star. “The funeral of Miss Mary Hill Randle was conducted Saturday morning at 10 o’clock from the residence of Mr. and Mrs. A. L. Rankin on East Three Notch Street (This house adjacent to the present First Baptist Church property now a parking lot was later known as the E. R. Merrill home, the Floyd Scarborough home, and now the Charles Gantt home which was moved and restored off the River Falls Road area near Montezuma on the Conecuh River. Miss Randle’s mother was Mrs. Rankin).”

The funeral was apparently held at an Episcopal Church in Blue Springs, Alabama. Does anyone know where that location is today?

“Not only was Miss Randle loved by her home people but also by the professors of the conservatory of music, Cincinnati, and her fellow students. So she has changed her residence and has joined the Choir Invisible.”

This was a lengthy front page article that is difficult to read on the microfilm and to submit in this column, but it was quite wordy with many flourishes and lavish words of sympathy appropriate to the tragic death of such a fine young Andalusia lady. The death has been talked about for years through several generations. Apparently from local folklore, she was engaged to a young Count Darling. Sadly, it was a union that was never to be, but life did go on, for Mr. Darling was later happily married to Miss Eva Mae Bradshaw. They have many notable descendants that through the years have added much to the culture and flavor of our town– children, grandchildren, and great-grandchildren.

An ad in the December 1918 Andalusia Star reads, “We have just received four loads of Hercules and Griffin buggies on contract made last spring. We can, therefore, make you a good price. Remember, buggies are now much higher on the market than when these were purchased, at least 30%. Let us show you! O’NEAL, LAW, and CO.”

I hope nobody caught the flu in the fall of 1918 while riding around the square in their open horse and buggies – even in their mule and wagons which most people rode in in those days!

Another 1918 ad caught my attention – “DANGER AFTER SPANISH INFLUENZA OR GRIPPE – How it can be avoided and treated. Simple rules to be followed. No occasion for panic. Doctors say, ‘Get the blood right and the rest is easy.’ A. M. RILEY, DRUGGIST” (I guess Mr. Riley was advertising some potion!)

So now, 100 years later, REMEMBER WHEN the “Great Flu of 1918” reached around the world including Andalusia and Opp and surrounding communities. Look for all of the 1918 graves in the Covington County cemeteries when you go out epitaph hunting! (Does anybody do that but me?) Go ahead to your doctor and get your bloodwork done that you have been postponing, get him to prescribe some potion, and GET YOUR BLOOD RIGHT!

Thanks to librarian Karin Taylor who introduced me to the book “FLU,” a history of the 1918 flu epidemic. On the cover is a suggestion by a doctor who reviewed the book and who stated that the book should be on the required reading list of every medical student in college. Also, thanks to writer, Jan White, who suggested that I write on this subject which should be of interest at this particular time in history when several strains of the flu is rampant again, a century past those treacherous times.