Funeral services will be held at 11 a.m. on Wed., Feb. 7, 2018, at Jay Funeral Home in Jay, Fla., with Brother Joe Macks officiating. Interment will follow in Jay Cemetery. A visitation will be held one hour prior to services at the funeral home.

Judith was a loving sister, mother, grandmother, and friend to all that knew her. She loved to fish and taught her nieces and nephews how to fish, along with her grandchildren that came later. Everyone loved to go fishing with Judy. She also loved to cook and was great at it. She will truly be missed. 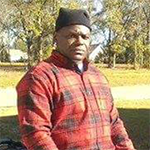 William was an avid fisherman who loved fishing in Lake Jackson in Florala, was a very talented woodworker, and was passionate about his Hayabusa motorcycle that the family jokingly called his “girlfriend.” William was devoted to his family and his six grandchildren – he was the best “Deda” ever and was retired from the U.S. Marine Corps where he worked as a field radio operator.

He is survived by his wife, Tami McKee of Opp; his children, Corbin Jones of Orlando, Fla., Heather (Tobias) Trask of Pinson, Ala., Hillary (Byron) Smith of Guntersville, Ala., and Jeremy (Haden) McKee of Dothan; his brothers, James Jones and Wynndell Jones, both of Orlando, Fla.; and his six grandchildren he was “Deda” to, Gavin, Cash, Ava, Ellie, Boone and Adelaide.

Those wishing to extend a word of condolence may do so at www.keaheyfuneralhome.com. Keahey Funeral Home of Lockhart is in charge of arrangements. 2871 Alabama Highway 55, Florala, AL 36442