Back in time: Life-sized statues added to recently restored depot 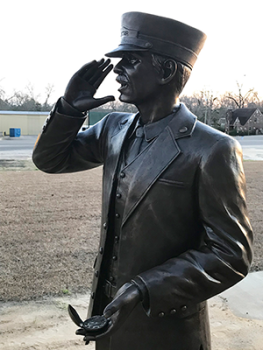 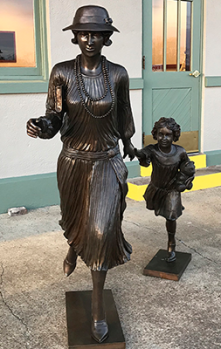 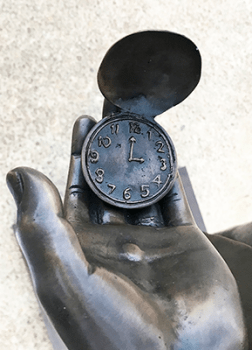 As the sun went down and soft shadows fell at Opp’s historic depot Thursday, there appeared a glimpse of the past. Thanks to a contribution from the John and Grace Estep Foundation, bronze sculptures of a railroad conductor and a woman and child racing to catch the train have been placed at the depot. They were initially placed on the side of the depot where passengers actually would race to catch the train, but may be moved for higher visibility.

Rick Clifton, the local attorney who manages the foundation, said the sculptures are from the Randolph Rose Collection and are titled “All Aboard.” The scene from the 1920s was original designed for the Dunedin Historical Society in Dunedin, Fla.

Clifton said the foundation has supported the Andalusia Ballet; Miracle League Field; the pool project in Opp; parks in Florala; the state parks at Lake Frank Jackson; the Humane Society, and the Cultural Arts Center. It also contributed to the purchase of the Timmerman Building and other historic structures by the City of Andalusia.