Higgs family came from Pike to Covington County circa 1860 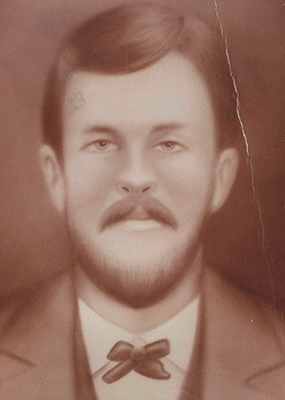 The Rose Hill community was the most heavily populated area of Covington County during the 1850s and 1860s. It has been supposed that a significant Indian settlement existed there during an earlier time which had left appealing sites for incoming settlers.

One of the families which came during the early 1860s was that of Green Berry Brown Higgs. The identity of his parents is uncertain, but it has been suggested that his father may have been Thomas O. Higgs and his mother, Mary E. Tally or Mary E. Brooks. Thomas was born in 1800 in South Carolina, and Mary, in 1805. Family lore understands the parents separated when Green Berry was about one year of age. It is further believed that Green Berry was reared by his grandparents, probably the parents of his mother, but this writer was unable to learn this information.

Green Berry Brown Higgs is reported to have been born in Flanders of the Florida Panhandle. However, he was married in Troy, Pike County, Ala., in 1858 to Martha Annas Elizabeth Wilson. Martha was the daughter of Joel A. Wilson (1810-1867) and Mary “Polly” Wheeless (1804-1883). She was born in Georgia in 1842, which would make her considerably younger than her husband. They began their family pretty soon as the first child was born in 1860 reportedly in Pike County. However, the family was enumerated in 1860 as residents of Rose Hill in Covington County with Green Berry being listed as a farmer.

During February of 1863, Green Berry enlisted at Greenville, Ala., to serve in the Confederate Army. He was enrolled as a private in Company A of the 57th Alabama Infantry Regiment. He survived the war and returned home to his family and to continuing his work in farming. In Wyley D. Ward’s Early History of Covington County, Alabama, 1821-1871, a G. Higs is listed as a registered voter in the county in 1867. This is probably the Green Berry B. Higgs being featured in this story. Pretty soon after this time, within two years or so, Green Berry decided like so many others following the war to move further west. He chose to settle his family in Jackson Parish, La., where the last four or so of his children were born. As they matured most of the children married and reared their families in that area of Louisiana.

Ancestry.com and related message boards were the sources for the above genealogy. Anyone who should find an error in the above information or who might have additional data on this family is requested to contact this writer, Curtis Thomasson, at 20357 Blake Pruitt Road, Andalusia, AL 36420; 334-804-1442; or Email: cthomasson@centurytel.net.