ANDY TAKES TO THE PITCH: Bulldogs tie with Carroll-Ozark in soccer opener 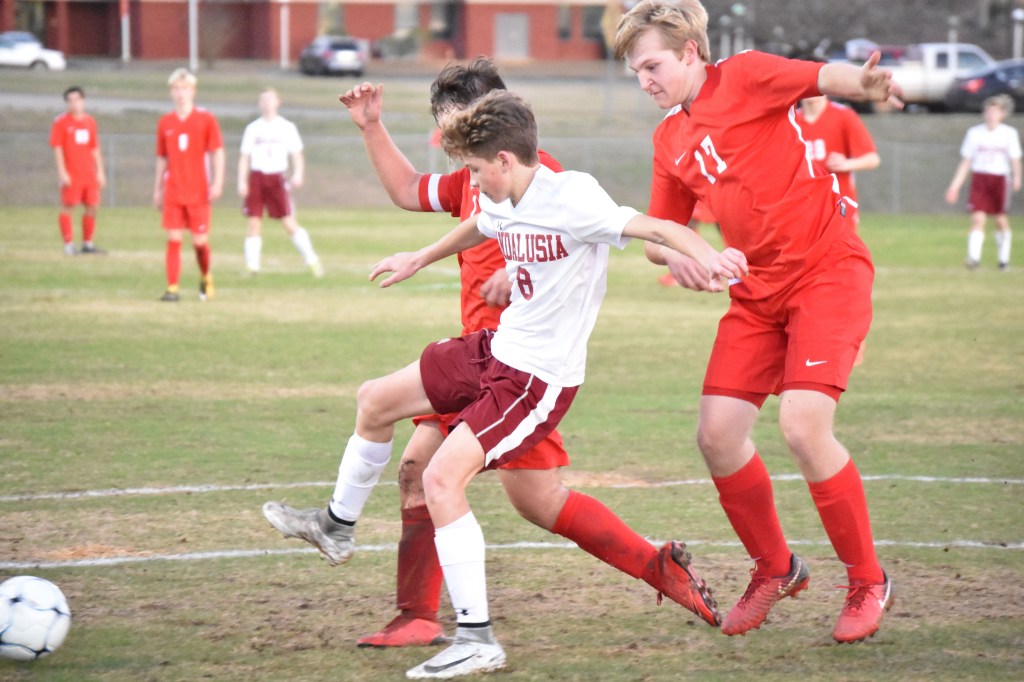 The Andalusia Bulldogs opened up the soccer season with a 2-2 tie against the Carroll-Ozark Eagles on Thursday night in Andalusia.

Andalusia struggled to get things going in the opening minutes.

The Eagles scored the first goal of the game early in the opening half to take the lead.

A few minutes later, the Eagles tacked on another goal to go on top 2-0.

The Bulldogs then made a switch and brought Franklin Osario in to play goalie.

With the clock closing in on halftime, Andalusia came to life and began to put pressure on the Eagles’ keeper.

The Bulldogs then got on the board when Gage Theus came rushing down the left side and sent a rocket into the net.

At halftime, the Bulldogs trailed 2-1.

Starting the second half, Carroll got a strong shot at the goal, but Osario made the stop.

The Bulldogs then moved the ball down the pitch and Kiki Wain sent a scorcher that just missed the mark.

On the other end of the pitch, the Eagles looked to have another good shot, but once again Osario made the save.

Andalusia got the ball back and sent a shot that hit off the crossbar and sailed to Logan Adams in the right corner of the box.

Adams quickly drove a strong shot into the back of the net to tie the game 2-2.

“I thought we started very slow,” Andalusia head coach Jarret Williamson said. “We had some new people figuring out some new spots. At some point, we finally flipped the switch and decided to compete. We had veterans that were leading the charge and I’m proud of the way we finished. Mentally, we stayed in the game and that’s very important because we didn’t pass or shoot well tonight. There are still a lot of things that we need to improve. I liked the way we finished, but were aren’t satisfied with a tie. We want to win.”