A woman who had been missing since Saturday morning was found yesterday, but no details about her disappearance are being released. 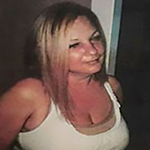 Former Andalusia resident Sylvia Hemphill, who most recently had been residing with a niece in Florala, was reported missing earlier this week. Family members took their story to area media yesterday, and late yesterday, said they had located her.

Family members had been especially concerned because they believed she did not have any identification, money, or a cell phone with her.