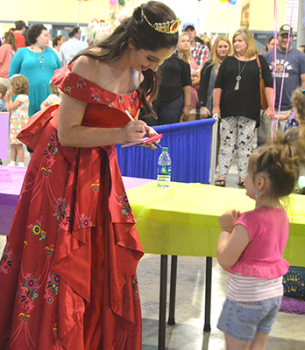 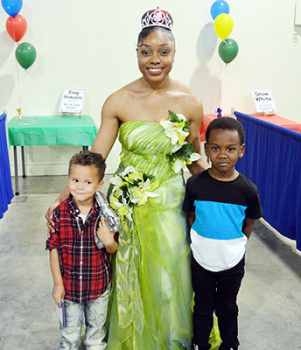 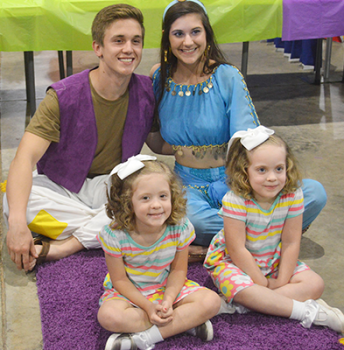 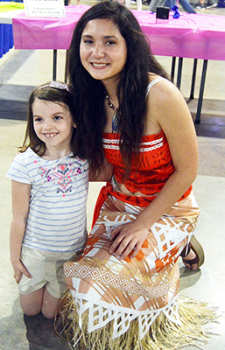 Meredith’s Miracles had another record event at its annual Cookies with Characters Saturday, which raised $52,000 for the charity.

Cookies with Characters is the biggest fundraiser for Meredith’s Miracles, which assists parents with non-medical expenses when their children have to leave the area for specialty care. In the past year, the charity has assisted 166 families with $57,13 in support. In the 12 years of its existence, it has assisted more than 1,000 families with more than $551,000 in support.

Event organizer Kiley Spears said a little more than 3,000 people walked through the doors of the Kiwanis Community Center on Saturday, including the characters and volunteers.

Because of the popularity of the event, Meredith’s Miracles has produced its show twice each year for the past several years.

Spears’ theory has always been to keep the gate price low, so that it’s accessible to more people, and to add other fundraising opportunities inside to raise money for Meredith’s Miracles. Tickets are only $5, but bouncy houses, toy sales, refreshments and professional photos available inside the venue help drive the success of the venture. Organizers also sell corporate sponsorships.

Spears said Andalusia Space Walk donates the use of the bouncy houses, and Vickie Popwell Photography donates her time in the photography booth, where for $5, a child may have his or her photograph taken with Mickey and Minnie Mouse, and the image will be emailed to the parents with unlimited reproduction.

This year, a new partner was the National Guard, whose participation was thanks to a student volunteer.

“Kaitlyn Goodson, who plays Moana for us, has joined the Guard, and she told them they had to be involved,” Spears said. “They assisted with snacks and drinks for our characters. Kit Johnson (of the National Guard) came to see what it was all about, and before it was over, we had him in a Chewbacca costume.”

Already, organizers are looking ahead to next year.

She invites feedback or comments by email to kiley@kileyspears.com.