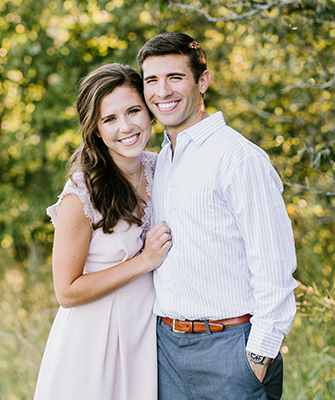 Raeann is the granddaughter of Mr. Sammy Brown of Andalusia, and the late Bobbie Brown, and Mrs. Patricia Lamere of Atlanta, Ga., and the late Robert P. Lamere.

The groom-elect is the grandson of Mrs. Barbara Kain of Dallas, Texas, and the late Mr. Patrick Kain, and Mr. and Mrs. Martin Gertson of Plano, Texas.

Dr. Kain is a 2007 graduate of Trinity Christian Academy. He graduated from Texas A&M University in 2011 with a bachelor of science degree in biomedical sciences. In 2015, he received his doctor of medicine degree from the University of Texas Medical School at Houston. He is currently in the third year of his five year Ear, Nose, and Throat surgical residency at UAB Hospital.

The wedding is planned for 5 in the evening on Sat., March 24, 2018, at Redeemer Community Church in Birmingham.