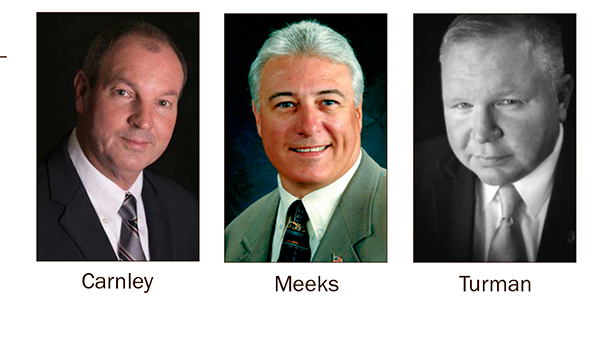 The local sheriff’s race and the race for Alabama’s Second District representative in the U.S. Congress will have the most representation when the Covington County Republican Party holds a Republican Candidates’ Forum at 6 p.m. Tues., March 13, at the Andalusia City Hall.

Also committed are candidates for the Republican nomination for U.S. House of Representatives. Incumbent Martha Roby is expected to send a representative, Blocker said, while challengers Barry Moore of Enterprise, Rich Hobson of Montgomery, and Bobby Bright of Montgomery, are all expected to appear. Roby’s spokesperson, Emily Taylor-Johnson, said Roby would be in Washington this week for votes.

Moore is a state representative from Enterprise. Hobson is a former Andalusia resident who has long worked for Roy Moore and ran Moore’s U.S. Senate campaign last year. Bright is the former mayor of Montgomery who held the Congressional seat before Roby.

Blocker said the gubernatorial candidates have been contacted, but he has not heard back from them.

Alabama Sen. Rusty Glover, R-Mobile, who is seeking the lieutenant governor’s office, is expected to participate if the legislature’s schedule allows. Christy Edwards, candidate for the Court of Civil Appeals, also is expected.