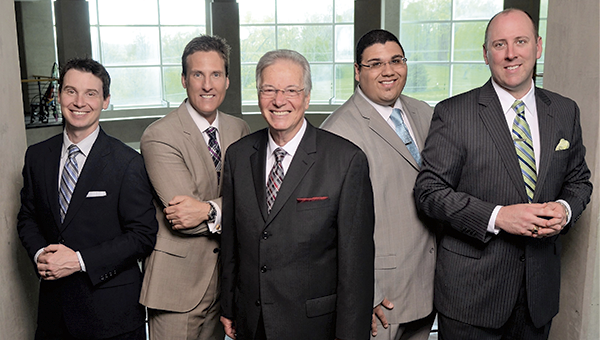 Covington Electric Cooperative members are invited to attend the 2018 Annual Membership Meeting to be held on Thursday, April 5, at the Kiwanis Community Center south of Andalusia on County Road 56 (South Bypass Hwy 55). CEC members, their families and friends, may attend this free event. Some seating will be available, but members are welcome to bring lawn chairs.

Registration will begin at 3 p.m.; entertainment starts at 5 p.m. with the Kempters and later the Kingsmen Quartet; and the business session will begin at 7 p.m. Concessions will be available from the Shriner’s Club and there will be a member services information booth, as well as a kid’s corner with face painting.

More than 30 cash prizes will be given to lucky CEC members at this year’s meeting. The six major prizes to be given away are: Three $2,500 bill credits; $600 cash; $500 cash, and $400 cash. Each CEC member who registers at the meeting will receive a $15 bill credit, a LED flashlight, and two LED light bulbs. Members must be properly registered at the meeting to be eligible to win a prize. Full details are available in the March issue of Alabama Living.

During the brief business session, a report on CEC operations will be presented, and two members will be elected to three-year terms on the board of trustees to represent Districts I and II. Nominees named by the nominating committee to be voted on for possible election to the board are:

Harris and King are incumbent trustees for Districts I and II respectively.

Harris is a graduate of Dozier High School. He attended Auburn University. He was in the U.S. Marine Corps, where he served in Vietnam. Harris, with his father and brother, started the logging company of Harris & Sons, Inc. in 1969. He retired several years ago leaving his son as owner, but still likes to go to the woods when needed. Harris has served as a board member of Covington Electric Cooperative for more than a decade. During that time, he has earned both the CCD (Credentialed Cooperative Director) and the BLC (Board Leadership Certificate) by attending classes offered by the National Rural Electric Cooperative Association. He is currently working on the Director Gold Certificate. Harris has been married to the former Diane Merrill for 56 years. She is a retired teacher.

Grace was born and reared in Andalusia. He is a graduate of Woodson High School and McArthur State Technical College in Opp. He also graduated from Faulkner University in Montgomery. Grace served in the U. S. Army for two years and in the Alabama National Guard for 38 years. He worked at PowerSouth for 35 years, retiring in 2008. He is a member of Faith Missionary Baptist Church of Dozier where he serves as a deacon and teaches the adult Sunday School class. He is also a member of the Atlantic #83 Masonic Lodge. He and his wife are the owners of The Amazing Grace Café in Dozier, which they opened in 2008. Grace is married to the former Patricia Ann Richburg.

Davis grew up in Covington County and graduated from Andalusia High School. He also graduated from Alabama Aviation Technical College in Ozark and works as a pilot and aircraft mechanic. Davis donates his time as a pilot, as needed, to fly sick children and other patients to cities throughout the Southeast for treatment. His wife is Wanda Davis.