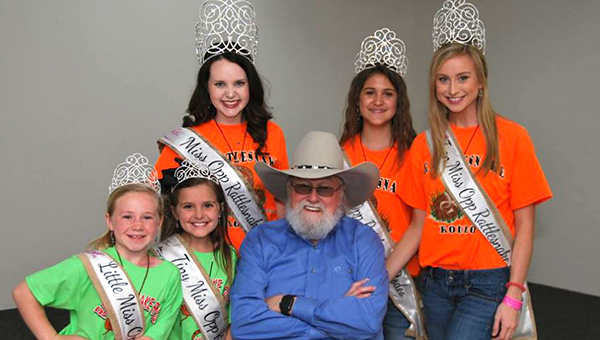 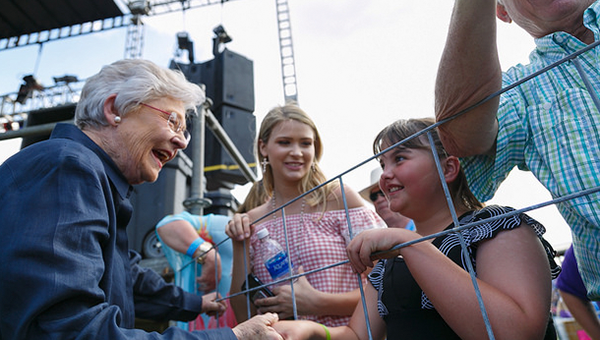 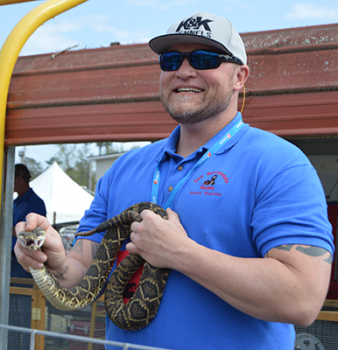 Girl Scout Troop 9043 set up their booth for the Rattlesnake Rodeo.

Clear skies and warmer weather, combined with a name almost every Southerner knows providing entertainment added up to a great weekend for Opp’s Rattlesnake Rodeo.

“It was really great,” Mayor Becky Bracke said Monday. “This was the first time in about six years that it didn’t rain either day. Our attendance was good, our vendors did well, and it was the biggest crowd we’d had in quite a long while.”

The Charlie Daniels Band entertained on Sunday afternoon, and Alabama Gov. Kay Ivey was on hand to introduce him to the audience.

Bracke said he feels like Daniels’ popularity was one of the biggest draws for the annual event.

“We had people from all over,” she said. “There was even a group from out of state staying out at the state park, and they jumped in and worked with the Trailmasters. We had a lot of people from out of town.”

A successful rodeo means only one thing: Organizers now have to top it.

“We are already looking fro who we can book for next year,” Bracke said. “We’ll start having meetings next week. We wanted to try a big Sunday show, and we did. Now we have to evaluate that, and start looking at entertainers for next year.”