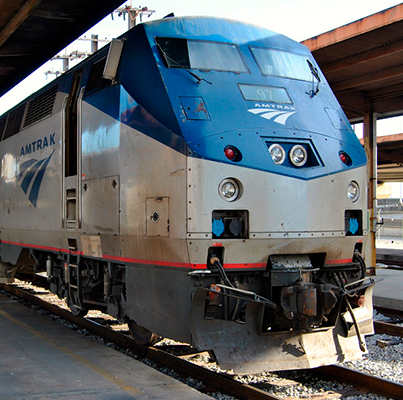 And that could be huge for Alabama and the Southeast, Southern Rail Commission member Greg White said. White also chairs the Covington County Commission.

“We are going to be receiving a lot of money,” White said. “And it is mostly for, what I think, is the most important thing we need to worry about.”

The bill proves a total of $592 million to the Consolidated Rail Infrastructure and Safety Improvements. This includes the $35 million set aside to restore lost passenger rail service like the Gulf Coast route and $250 million for positive train control.

“This will hopefully ease the burden on highways,” White said. “There is such a high cost on maintaining highways, so we are trying to come up with alternative means of transportation and railroads seem to be the solution.”

White said that freight trains are riding on most of the railways in Alabama, so if freight trains can manage, then passenger trains should be able to do the same thing.

“The idea right now is to set up the railway from Mobile to New Orleans,” White said. “Let’s say you have a meeting in New Orleans, instead of driving and being tired you can ride the train to New Orleans and do your work on the train and be well rested for the meeting.”

“Our airline options are shrinking,” White said. “So we need to look at every option available, and railways will bring many benefits to the state.”

According to the Southern Rail Commission $20 million was awarded to restoration and enhancement for the new passenger rail service, that represents an increase from $5 million in the fiscal year 17.

An Amtrak feasibility study completed in December 2015 found the estimated annual operating assistance for long-distance trains from New Orleans to Orlando is $5.48 million and adding a state-supported route from New Orleans to Mobile would cost an additional $4 million per year.

The Southern Rail Commission is working with the states of Louisiana, Mississippi, Alabama and Florida, the Gulf Coast Congressional leadership, CSX and Amtrak to potentially restore passenger services. It also has received interest from private sector partners interested in the rail project.