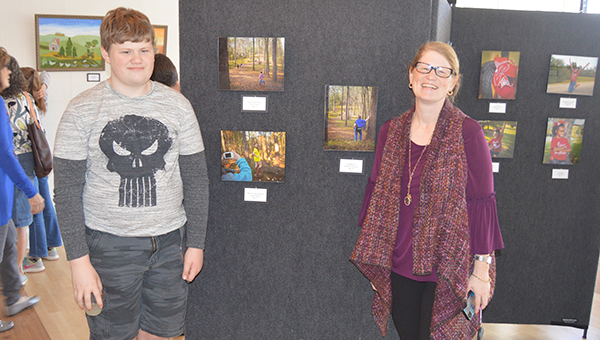 aylor White and his mother Kristi White stand next to his photography. 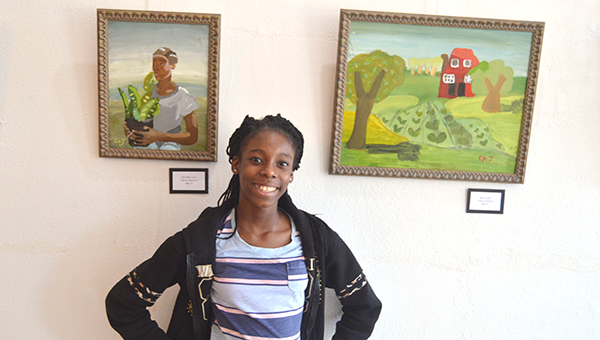 Catrice Jackson stands next to her self portrait and a painting of a farm that she painted. Her grandmother inspired her garden art, she said. Christopher Smith/Star-News 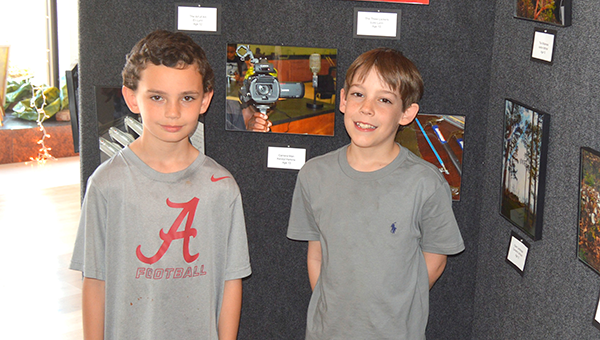 Luke Lynn and Ashton Mitchell with photographs they took.

Students in the A.P.P.P.L.E. after-school program had the chance to showcase their artwork at the Lower Alabama Arts Coalition Gallery yesterday.

The walls were covered with watercolor paintings, photography and canvas paintings all done by students.

“It is our second year doing this,” Gallery director Sheila Ray said. “It is just wonderful to have all of these young artists’ work on display.”

Alice Whitworth, who teaches art at the A.P.P.P.L.E. program, had a show last spring for a week and Barbara Tyler, program director, said that it did so well that they wanted to extend it to a month.

“The kids have a lot of fun with these projects,” Tyler said. “It also gives an opportunity to know what this place is and gives them an experience to have their work in an art exhibit.”

The children also had to title their work, which helped them have a sense of pride in their paintings, Tyler said.

“I can’t plant stuff, so I always watch in admiration as my grandmother gardens,” Jackson said.

Jackson also had a self-portrait that was on display. She painted herself holding a snake plant.

“I spent about a week on this portrait as well to get the highlights right,” Jackson said. “I just thought that the snake plant would be a good choice because it felt right whenever I painted it.”

Jackson said that the most important thing about painting is to teach others.

“Every time I paint, I look around and see what other people are doing,” Jackson said. “If they are struggling then I see it as a chance that I get to encourage them and help them.”