James “Jim” Clare will be recognized as “Trailmaster of the Year” at the 2018 Opp and Covington County Area Membership and Hall of Fame Banquet, set for Thursday, May 10. 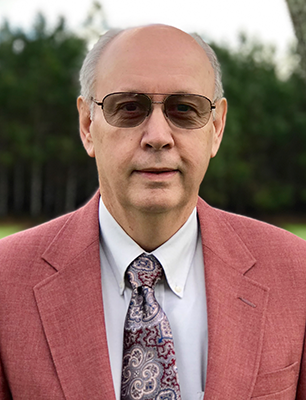 Clare graduated high school in Paducah, Ky., and then attended the University of Missouri at Rolla before joining the U.S. Air Force in 1965. While in the Air Force, Clare served in Brazil and the Philippines during the Vietnam War.

Clare later owned and operated businesses in Opp for several years, eventually retiring as store manager for the local Ace Hardware Store. Through the years, he has been active in the Opp United Fund drives, the Opp Band Boosters organization (serving as president), and the Sweet Home Baptist Church, where he served as the minister of music.

Upon retiring in January 2016, Clare joined the Frank Jackson Trail Masters. Since becoming a Trail Master, he has played an active role in the building and repair of park bridges, clearing walking trails, installing new aluminum bench seats, serving concessions and fried rattlesnakes at the annual Opp Rattlesnake Rodeo, and serving concessions at the city’s Fourth of July celebration at the lake.