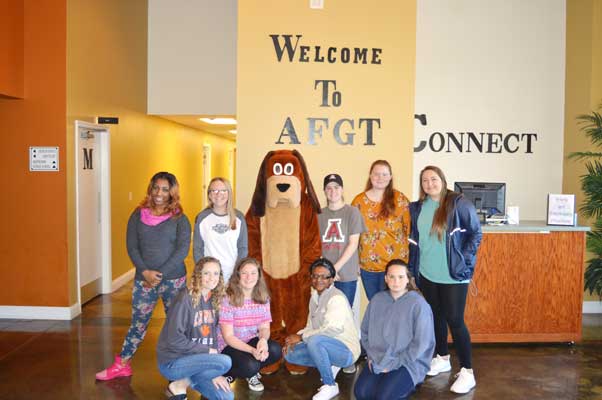 Count Down to the 47th Storybook Festival is underway

Get ready to get lost in a world of imagination, because The Coterie Club of Andalusia will have its 47th Annual Storybook Festival Sat., April 28, at Springdale Estate.
The gates will open to the public at 9:30 a.m. with the first show starting at 10 a.m. and the last show ending at noon.
This year’s theme is “Count On Imagination.”
There will be six groups performing including students from Pleasant Home School, Andalusia High School, the Frequency Drama Team and Aftershock Youth of Andalusia Full Gospel Tabernacle, Caryl Lee Wilson from the Andalusia Public Library and two performances by the Coterie Club of Andalusia.
“We have been painting different visuals and getting together to practice to make everything perfect,” Storybook Festival Director Destiny Smith said.
The festival will also have a bounce house, a slide and concessions.
“All of the money from the activities will be put into the Coterie’s pool of fundraising money to go to different charities,” Smith said. “Local grocery stores have really helped out as well with donating food for the concessions.”
Smith said that the Coterie Club usually prepares for up to 200 children.
“We hope to have that many this year,” Smith said. “But there is no telling how many will come out.”
Santaria Hall, one of the students performing with the Frequency Drama team, said, “This is a really fun event for the kids and I’m excited to be apart of it.”
The Frequency Drama team will be performing the story “Groovy Joe,” a story about a dog who has a dance party, but does not know if he has enough room for everyone in his house. Soon enough he gets everyone moving and grooving.
The Coterie Club also hosts the Coterie Run for Kids each fall. It uses its proceeds to fund projects for children.
Admission into this year’s Storybook Festival is free, but for concessions and the other activities attendees will have to purchase tickets.