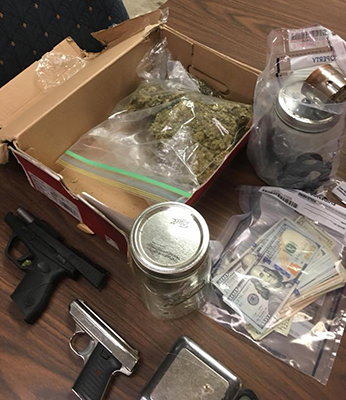 Agents with the 22nd Judicial Drug Task Force on Thursday arrested a couple with a pound of marijuana in their possession in Opp.