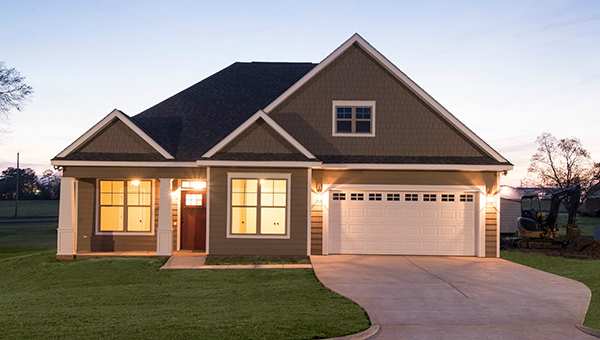 The demand for homes has two local groups developing new subdivisions. This home is in The Gathering. For related story, see Page 2. Courtesy photo

Home ownership rates continue to rise in the United States, according to the Alabama Association of Realtors, with rates increasing in each of the last five quarters.

“We get calls all the time from people up north planning to retire here,” she said. “They are looking in a radius of Andalusia, Enterprise, and all of those towns in between. They shop towns. Sometimes they don’t want to be in a place as busy as Enterprise and Dothan, but they want to be close.”

“We’ve got lots of investors buying the cheaper stuff and reselling them,” she said. “Most of the buyers don’t want to have to do any work.”

One of the most popular areas now is the country club area.

“The country club is seeing a huge resurgence,” she said. “Young couples wanting to move back are interested, or those selling and moving from other areas of town.”

As of Friday morning, there were 235 residential properties listed in the multiple listing service.

Off to see the ‘Wizard’

The Andalusia Ballet will showcase graduating seniors Abby Livingston and Jonathon Weed in “The Wizard of Oz” during its annual... read more