Remember when: Early inhabitants of Alabama 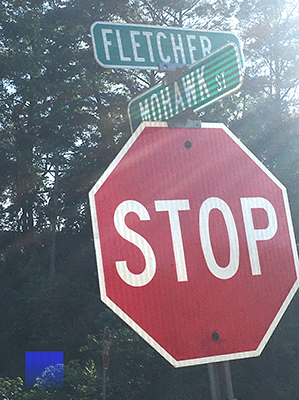 “The Girl I Left Behind Me” is a tune we often hear in the old cowboy movies. It is an English folk song traditionally played when soldiers left for war. The tune was eventually imported to America, and Hollywood loved it for background music in the old cowboy movies. There are variations of the words like most folk songs handed down by word of mouth. The first printed text appeared in Dublin in 1791. Lyrics by Bob Wills begin like this: “If ever I set off of the trail and the Indians, they don’t find me, I’ll make my way straight back again to the girl I left behind me…”

My husband usually keeps the television on all night set to the Forensic Channel. For some reason, now every time I wake up in the night to what used to be news or crime, he has it now tuned to the Grit Channel – cowboys and Indians, John Wayne and Maureen O’Hara in movies like “She Wore a Yellow Ribbon!”

Wyley Ward recently presented a program to the historical society on “The History of Agriculture in Covington County.” One introductory sentence he uttered stuck with me. He stated, “When settlers began moving into the Alabama territory, they started farming on about 1,000 acres of Indian farmland.” I started thinking about the Indians and this place we live in that joined statehood in December 1819. Next year in 2019, we Alabamians will celebrate the Bicentennial so let’s begin now learning together more about the first occupants of this land, the Native Americans.

I pulled the book off the shelf in my home library, “History of Alabama,” by Albert James Pickett, written in 1851, where I found descriptive early history information I longed to read about and some things I found very disturbing to even think about as it related to the settlers and the Indians – tales of bloody massacres, savagery, butchery, barbarity, hostility and horrible spectacles of brutality. Pickett wrote, “It would be an endless task to enumerate all the instances of murder and captivity which occurred upon the frontiers of Georgia, Tennessee, Mississippi, and Alabama.”

The history and way of life of Alabama Indians was profoundly affected by newcomers to the area. These people had occupied the land thousands of years before the first European explorers arrived. The Europeans brought with them new ideas, customs, religions, weapons, transport (horse and wheel), livestock (cattle and sheep), and disease (TB, cholera, influenza, measles, smallpox).

You may ask, “What Indians lived in Alabama?” These were the main Alabama tribes – the Biloxi, the Cherokee, the Chickasaw, the Choctow, the Koasati, and the Muskogee or Creek tribes. The Eufaula, the Tuskegee, the Apalachicola, the Mobile, and the Tallapoosa were some of the others.

“What did Native American tribes have in common?” The answer is bad experiences with colonial European powers who created the modern nations in North America. All have lost land and many lost much more such as lives, language, wealth, power, and culture. They had never been exposed to European diseases and all had huge losses in population until they gained immunity or in some cases until modern medicine surfaced.

The Cherokees engaged oftener in dancing than any other Indian population. They were very dexterous at pantomimes for entertainment. They were hardy and endured heat, cold, and hunger in a surprising manner. No people on earth except the Choctaws carried debauchery to greater excess!

The dress of the male Choctaw was similar to that of the Creeks. They wore a buckskin flap. The Creeks were eternally engaged in bathing, but not the Choctaws who could hardly swim, as recorded by early travelers. They were fond of horse flesh and devoured snakes when hard pressed for food. The men too helped the women to work. No Indians excelled them in hospitality. The Creeks and Chickasaws were superior to the Choctaws in deer hunting. Of all the Indians in America, the Chickasaws were the most expert in tracking.

It appears to have always been the custom to erect a mound over an Indian chief or person of distinction. No other bodies were interred with him. Indeed, no practice has been more universal than that of erecting a mound over the dead, not only in America, but over the world.

The funeral ceremonies of the Choctaws were indeed horrible but like those of nearly all of the aborigines at the time of the invasion of De Soto. The relations assembled and wept and howled with mournful voices asking strange questions of the corpse – “Why did you leave us?” “Did your wife not serve you well?” “Were you not contented with your children?” “Did you not have corn enough?” “Did not your land produce?” “Were you afraid of your enemies?”

Persons were hired to cry to increase the solemnity and importance of the funeral of a noted Indian. For several weeks, men and women mourned around the scaffold on which the corpse was laid. On account of the horrid stench, people frequently fainted and had to be borne away. When the body had lain for 3 or 4 months, the “Bone Picker” made his appearance with horrid grimaces and groans. (I won’t go any further!)

When a medicine man or Indian doctor had attended a patient a long time, he assembled the relations in private, informing them that he had done all in his power and had exhausted his skill in endeavoring to restore the person. He would inform the relations that their kin would surely die and that it was best to terminate his suffering. Two would then jump on the “poor fellow” and strangle him!

The prime agricultural areas of the Indians were particularly coveted by outsiders, because their farmland was well-developed and speculators could immediately turn a profit. White settlers began arriving in large numbers after the Indian wars and forced removal of the Native Americans out of the state. Several tribes including the Cherokees, Seminoles, Choctaws, and Creeks were compelled to migrate from their ancestral homeland in the southeastern U. S. to reservations west of the Mississippi River in the 1820s, 1830s, and 1840s. The Indian Removal Act was passed by the U. S. Congress in 1830.

Pickett penned in his last chapter – “After extensive surveys had been completed and sales of property had been everywhere proclaimed, land offices opened up and thousands of eager purchasers flocked into Alabama. Never before or since did the population of any state so rapidly increase as that of Alabama from the period of 1820 until 1830.”

The “Trail of Tears” in 1830 is one of the darkest chapters in American history. Military records suggest that 100,000 people were forced from their homes and perhaps 15,000 died during the journey west from exposure, malnutrition, exhaustion, and disease while traveling the arduous trip toward Oklahoma.

Many skirmishes with the settlers and troops occurred. The Massacre at Fort Mims in 1813 is one example. It was described in Major J. P. Kennedy’s report to General Claiborne. (I cannot really even quote all of the words of this account used regarding the description of the scene of the dead as found by the detachment which arrived too late to help!)

“The air was darkened with buzzards and hundreds of dogs knawing upon the human carcasses. Indians, white men and women, children lay in one promiscuous ruin. Most were scalped and butchered in a manner which neither decency nor language will permit me to describe. The soldiers and officers with one voice called on Divine Providence to revenge the death of our murdered friends.”

By 1987, the U. S. Congress designated the “Trail of Tears” as a national Historic Trail in memory of those who suffered and died during removal. There are a number of historic markers around the state. Here is the wording on one such marker.

The Creek Trail of Tears   – “Approximately one mile due east of this marker, back down the Old Federal Road called by frontiersmen and Indians the Three Notched Trail or the Three Chopped Way, stood Fort Mitchell, an early 19th century American fort that in 1836 was one of the principal gathering places for the forced removal of the Creek Indians from their homes on the Chattahoochee River to the West. Weakened by starvation, defrauded of their lands, and swindled out of most of their possessions, thousands of Creeks including some in chains and shackles, made the journey from Alabama to what is now Oklahoma where many of their descendants now live. Alabama also remains the home of many Creek Indians today.” Erected by the Alabama Indian Affairs Commission and the Chattahoochee Indian Heritage Association.

One may inquire – “Can I join a Native American tribe?” Not necessarily. You are born with Native Indian heritage. The Bureau of Indian Affairs under the Department of the Interior keeps track of all American Indian tribes. You must meet federal tribal criteria which includes proof of tribal descent so you will have to do some ancestry searching. By official government statements and records, there are more than 4,000 Native American tribes; only 513 of which are still “recognized” by the U. S. Government. The largest Native American tribe is the Navajo Nation located in parts of Arizona, New Mexico, and Utah with more than 180,462 on the Navajo reservation as of the 2000 census. The tribes that occupied the Midwest region of the U. S. when the settlers first came to America are the Blackfoot, Sioux, and Chippewa Indians.

The Three Notch Museum has on display a small collection of Indian artifacts which have been found around the creeks, rivers, and streams of Covington County. If someone would help us identify these items, it would surely be appreciated. I REMEMBER WHEN a visitor at the museum who knew what he was talking about said the arrowheads, the tools, the bowls, and the weapons we have accumulated are a real treasure. It would be nice to add to the collection of our local history museum. Can you help?

On one other local note, I would like to mention that our own Mr. Sidney Waits’ maternal grandfather, Henry Shaver, who was originally from Herbert, once lived in the Bradenton, Florida, area. He worked for a long time as the Ford dealer down there. His wife became sickly so they eventually moved back to Andalusia to be near relatives about the time of the Alatex textile factories (Circa early 1920s) getting established. People moving here from nearby towns to work needed homes to live in. Mr. Shaver developed a subdivision off River Falls Road and built some houses in the neighborhood known as Seminole Heights. A few of the street names are Choctaw, Chickasaw, Cherokee, and Mohawk. This subdivision today in the Fletcher Road area is known as “Shavertown” in remembrance of Mr. Shaver who honored Native Americans back in his day. Wouldn’t it be fitting for a sign to be erected to recognize Seminole Heights?

I REMEMBER WHEN we sang “One Little, Two Little, Three Little Indians” in Mrs. Jones Kindergarten on College Street. Do you?