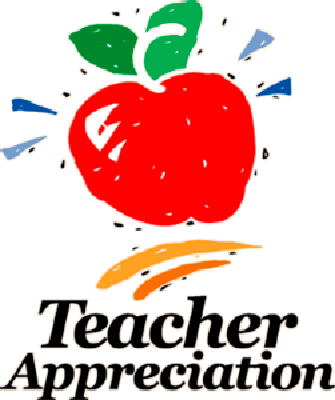 Editor’s note: This is the fifth in a series featuring teachers as part of Teacher Appreciation Week.

“The best part of my job is being able to teach and make a difference,” Pearce said. “Getting that email from one of your former students saying that you made an impact in their life, that’s what it is all about.”

Even though teaching is her passion, she tried to run from the occupation for most of her childhood.

“Both of my parents were teachers and tried to run me off from the profession,” Pearce said. “But just like a preacher gets his calling, teaching finally got its hold on me.”

Pearce started to study fashion merchandising at Troy University, but did not get any satisfaction from the classes.

“I knew that teaching was my calling,” Pearce said. “If I had to do it again I would do the same thing. I don’t regret it at all.”

A couple of Pearce’s students say that she is the best teacher they have ever had.

“I have never had a teacher like her,” Bailee Boyd said. “She is the best math teacher I have ever had.”

Boyd, a senior, has had Pearce every year for math.

Pearce said that the biggest challenge of her job is making sure that every kid understands the material.

“It is getting harder for students now to find extra time to come and get help,” Pearce said. “I do everything I can, I make videos of the class for my students, so they can watch it over the weekend, but if they can’t make time then it gets harder for them.”

“I think it is important that these students have the opportunity to take these classes,” Pearce said. “They have to be competitive later on in life and these classes will ensure that. I always tell my students to bring their best to everything that they do.”

Opp City Schools Superintendent Michael Smithart had the privilege of working with Pearce as a teacher.

“I respect the work that she does as a teacher,” Smithart said. “She is very dedicated to what she does. She challenges the students a great deal and supports the students. She gets students where they need to be in life.”

Pearce’s goal is to teach for 34 years before she starts thinking about retirement.

“I have one year left before my goal,” Pearce said. “It scares me to think about it, but I know I could do it.”

In her spare time, Pearce and her husband David Pearce have gotten into bluegrass music.

“I started playing the mandolin last may and I also play piano and the organ,” Pearce said. “I play the organ at Opp Methodist Church and I travel to Luverne to play in several of their musicals.”

When Pearce was still interning in college she had John Beasley from Andalusia High School as a mentor.

“He was the best person to mentor me,” Pearce said. “Everything I have learned has come from him, and we are so much alike so that helped.”

Pearce has two kids and two grandkids that she enjoys spending time with.