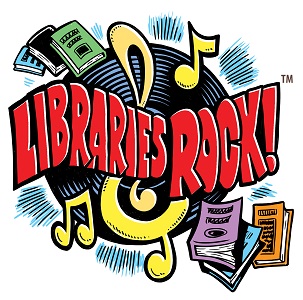 Emily Brooks of the Andalusia Public Library and Courtney Smart of the Opp Public Library have planned a jammin’ set list to get kids ready to read this summer.

Readers of all ages will explore all things musical.

“Every culture has music,” Brooks said. “I think it’s one of the easiest ways to teach literacy.”

Brooks is on the hunt for musicians to participate.

“I want to have as much community involvement as possible,” Brooks said.

Brooks and Smart will incorporate several books that have musical themes, as well as a CD that will play along with the book.

Smart said that the summer will not only be about music, but about art in general.

“I think it is important that kids learn all of the arts,” Smart said. “We have tons of material for the kids so I am very excited.”

The summer reading program will be very hands-on, Brooks said.

“We have several arts and crafts for the kids,” Brooks said. “On June 21 they will make their own musical instruments, then on June 28 we will have several animals and they will be able to interact with them and hear what different sounds they make.”

Opp Public Library will also have animals on June 26.

The Andalusia Public Library will also have a teenager summer program that will teach kids how to write, record, edit and finalize a music video.

“I believe it is important to introduce this to kids at an early age,” Brooks said. “A lot of teens are interested in this stuff so we are going to offer it.”

Both Brooks and Smart hope that a lot of people will come out and have a good time.

“I think these summer reading programs are important because it keeps their minds active,” Smart said. “As opposed to them staying inside and playing video games or watching T.V. all day.”

Registration for “Libraries Rock” at the Opp Public Library begins on May 24, 2018 and is free of charge.

There is no registration at the Andalusia Public Library.

June 7: Dancin’ In the Street – Kick Off Dance Party with Christopher Smith and Friends.

June 21: Make Your Own Instruments – With various local musicians.

June 28: Born To Be Wild – Come interact with wild and crazy animals.