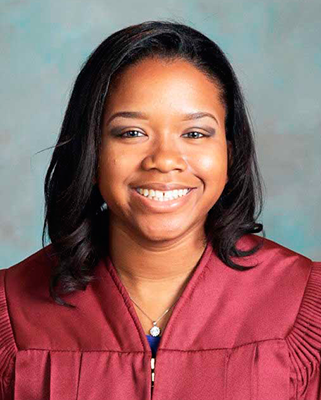 When Andalusia High School Valedictorian Baylee Robertson was in seventh grade, she made her first 100 in a class. She liked it, and said she has strived to reach that feeling ever since.

“I remember how it felt to make that grade,” Robertson said. “It made me feel like all my hard work was actually being rewarded. I remember looking up to D’Amber Chambers [Valedictorian of AHS in 2009] all throughout my life. She has really inspired me to work hard.”

Robertson said that she has always been competing with Salutatorian Callen Woodard.

“All throughout high school it has always been me and her,” Robertson said.

Robertson has worked with several organizations throughout her time at AHS including Meredith Miracles, where she was a princess at Cookies with Characters, Pilot Pancake Breakfast, St. Mary’s Red Beans and Rice, St. Mary’s 5K, Powersouth 5K and the Full Tummy Project.

“I believe it is very important to give back to the community,” Robertson said.

At school she is very involved in several different clubs like SGA, FCCLA, Usher Club, Anchor Club, the AHS Peer Helpers, a City of Andalusia Ambassador and she was a color guard for the AHS Marching Band.

Robertson said that her parents and Elmore Lewis, her godfather, are the people that push her the most.

“My parents have always pushed me to do better. I mean, parents always want you to grow up better than they did so I guess that is why they did it,” Robertson said. “Elmore Lewis has always believed in me. In youth group at church, he challenged all of us to learn the ‘I Have a Dream’ speech and I wanted to learn it just so I could show him. I just want to thank him for everything he has done.”

Outside of school, Robertson is apart of the Zeta Phi Beta Archonettes. The Archonettes are high school-aged young ladies who demonstrate an interest in the goals and ideals of scholarship, sisterly love and community service.

“I hope to be a part of Zeta Phi Beta one day,” Robertson said. “So being apart of the Archonettes teaches me about the history of Zeta Phi. We also do a lot of community service with the club as well.”

Zeta Phi Beta is a social sorority at Tuskegee University.

Robertson is also very active in church. She sings in the youth choir and is on the praise and dance team.

Robertson plans to go to Tuskegee University in the fall and major in biology with a long-term goal of becoming a physician’s assistant.

“I think after a couple of years of being a physician’s assistant, I will go back to school and become a doctor in osteopathic medicine,” Robertson said.

Robertson is the daughter of Robert and Lou Flores. Her grandparents are Elbert and Lou Ida Robertson. 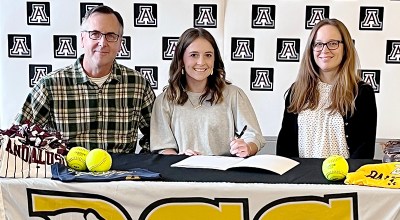 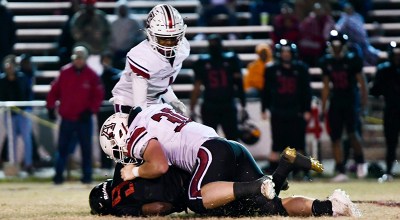