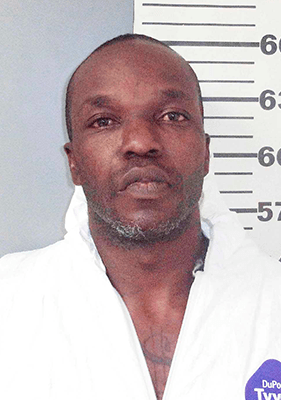 An Opp woman was struck with a tire tool, stabbed multiple times in her right leg, and forcibly removed from a trailer in Childre Trailer Park on Thursday morning.

The Opp Police Department was dispatched at 1:28 a.m., when a family member of the victim reported the incident. Officers said the caller indicated the suspect was armed with a shotgun.

When patrol units, investigators and Covington County Sheriff’s Department showed up to the trailer park,  they surrounded the area.

The suspect, Kenya K. Adkins, was removed from the trailer park by IRT members and the victim was treated by paramedics and fire personnel before being transported to the Mizell Memorial Hospital.

The victim was later taken by ambulance to the Sacred Heart Hospital in Pensacola.

Although witnesses and the victim stated Adkins was in possession of a weapon, officers did not recover one.

All three offenses are Class A felonies and could result in at least 10 years in prison, up to 99 years or life.

The case is still under investigation.