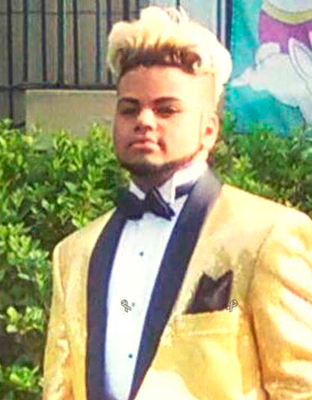 Dealing with complications after unexpected surgery

“The good Lord is getting us through it.”

“He had brain cancer when he was 18 months old, he beat it and we didn’t have another problem for years. When he was five-years-old it came back,” Brundidge said.

“Back then, all he knew was hospitals. He wasn’t scared but now it’s a lot different.”

It’s different this time because the tumor grew through his skull.

“It all started about two months ago when he was having non-stop migraines,” Brundidge said.

“We really thought it was allergies, like allergy migraines, because it’s that time of the year.”

The family was told that everything on the CT scan appeared normal. But Brundidge knew better.

A nickel-sized lump grew over the area where Malcom had had his brain surgeries.

“I just knew it wasn’t normal, there’s no way it could’ve been,” she said.

“The doctors kept saying it was scar tissue from his surgeries, but there’s no way scar tissue can just pop up after so many years.”

Brundidge took Malcom to a hospital in Dothan just to make sure.

“The doctors in Dothan said the same thing.”

But on Monday morning, Malcom’s sight was off.

“At first I thought he was being a hypochondriac because of what the doctors said. But I called the doctors and I said, ‘We have to do something.’”

Brundidge got a referral to Children’s Hospital in Birmingham.

“I thought we were only staying through the night so I waited for my husband to get home from work and we packed a small bag and left,” Brundidge said.

“When we got to Birmingham, it was early Tuesday morning around 1 a.m.”

As soon as Malcolm was in the E.R., doctors did an M.R.I. and a CT scan and immediately saw something.

The MRI showed a five centimeter tumor near the stem of his brain. The tumor was sitting on the vagus nerve.

His tumor actually went through his skull and the lump that doctors were seeing was the tumor itself.

“They wanted him to do an emergency brain surgery that was supposed to last six hours, but he had blood pressure issues and he came out at 8 a.m.,” Brundidge said.

What they removed from Malcom was a part of his skull that was damaged from the tumor.

Doctors can’t replace the damaged skull until they find out if further surgeries are needed.

“Right now he’s missing a piece of skull which is scary,” she said.

“We’re waiting on now is to hear back from the pathologist if it is or isn’t brain cancer,” Brundidge said.

“But from what the doctors said, the tumor looked like brain cancer.”

The doctors told Brundidge that they believed they removed the entire tumor but there’s no way to tell for sure because of the swelling from the surgery.

After that, Malcom was still having blood pressure issues.

“Because of his high blood pressure, we’ve had to stay in the hospital,” Brundidge said.

The doctors had an ultrasound done on Malcom’s kidneys because of his high blood pressure.

“We’re currently waiting to hear back from the nephrologist about what they saw in the wall of his kidneys,” she said.

Brundidge said that whatever it is, she’s not scared.

“I’m not scared of what it is. This is the third time we’ve faced this, and like I’ve told him: ‘Third time’s a charm,’” she said.

“But he’s scared. He doesn’t want it to be cancer, now that he’s old enough to know and worry about it.”

Beyond Malcom’s health, there’s an issue of how the family will pay for these trips to UAB and time off of work to stay with Malcom.

The road to recovery is a long one, Brundidge said.

“Truthfully, we’re going to need help. I’m not asking for hand outs. It can be as simple as a prayer. We don’t know anything for sure right now,” she said.

To donate or for more information on Malcom’s story, go to: https://www.gofundme.com/the-brundidge-family-dee.