Val, sal: Class with reputation left their mark [with gallery] 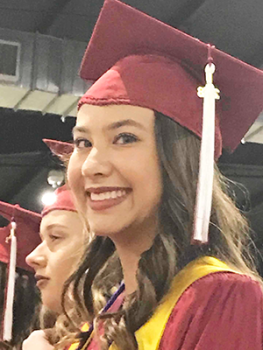 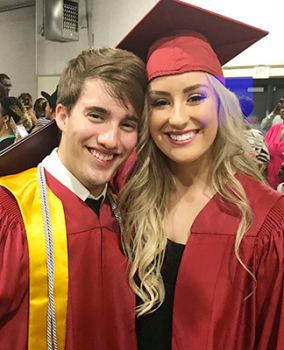 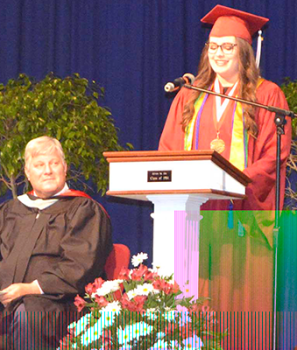 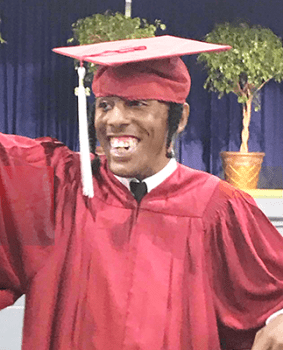 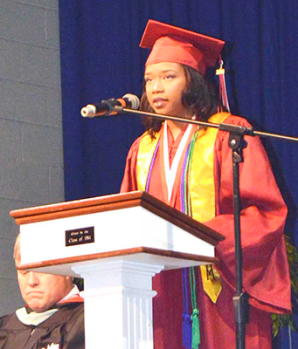 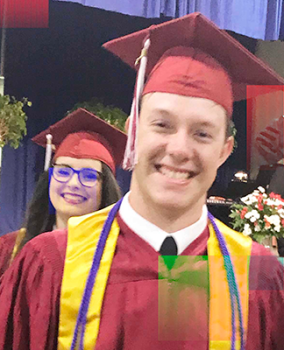 Will Black and Callen Woodard were all smiles after receiving their diplomas Friday night.

Andalusia High School valedictorian Baylee Robertson and salutatorian Callen Woodard said their class’s reputation preceded them, but will be remembered for its accomplishments.

“The moment we stepped foot into the halls of AHS on September 15, 2014, little could be said about us except that we were loud, terrible and huge,” Robertson said. “Boasting 160-plus at the start of freshman year, we took on the school and dared anyone to mess with us. We marched into band, football, basketball, chorus, baseball, art, tennis, ag, volleyball, soccer and every single club that we could, ready to make it our own and show everyone what we were about.”

Woodard said the Class of 2018 was “the last class to graduate from AMS before the seventh and eight grade moved to the high school’s campus … and the first class to endure sharing our athletic facilities, cafeteria, and auditorium with the junior high for four years.

But Woodard said the class also played a vital part in how junior high school students would be accepted on campus.

“Finally, we aren’t graduating from our auditorium, but it’s the tradition and class of Andalusia High School that makes our graduation unique, not the location.”

Because the AHS auditorium is being renovated, commencement was held in the Kiwanis Community Center.

“In just our four short years at Andalusia High School, we have had three final four teams, a baseball state championship, multiple student athletes offered to play on a collegiate level, 42 National Honor Society members, a record number of community service hours, and $2.5 million worth of scholarships.”

In his comments to the class, AHS Principal Dr. Daniel Shakespeare said, “I have never been as proud of a class as I am of the Class of 2018.”