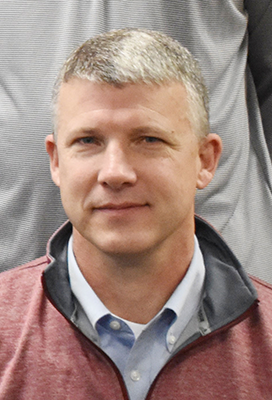 Andalusia High School is in need of a new head basketball coach after the board of education voted to non-renew Anthony Clark Monday.

The board hired Clark in April of 2016. In two years at Andalusia, his record was 48-9. In his second year at the helm, he took the Bulldogs to the Final Four for the first time since 2009, but the Bulldogs fell to Cordova in the 4A semi-finals.

No reason was given for the vote, which with a number of other personnel decisions, was taken after an 80-minute closed session, part of which included board attorney Bill Alverson.

Superintendent Ted Watson said only, “Andalusia City Schools has made a change. We look forward to filling the position as soon as we possibly can.

“We know that basketball tryouts and summer workouts will be here soon,” he said. “We ask that people be patient as we review the resumes of those available and make a decision.”

The school system is advertising for applications for a number of jobs, but this one is not yet listed.

Clark had spent 27 years in coaching and education, and led 21 teams to the playoffs.

Clark is a 1987 graduate of Pleasant Home High School, where he later won back-to-back state championships in 2001 and 2002 as the school’s head basketball coach.

In 2001 and 2002, he was named the Alabama Sports Writers Association’s Class 1A Coach of the Year.

While at UMS-Wright, Clark was named Class 4A Coach of the Year in 2009 and 2010 by the Mobile Optimist Club.