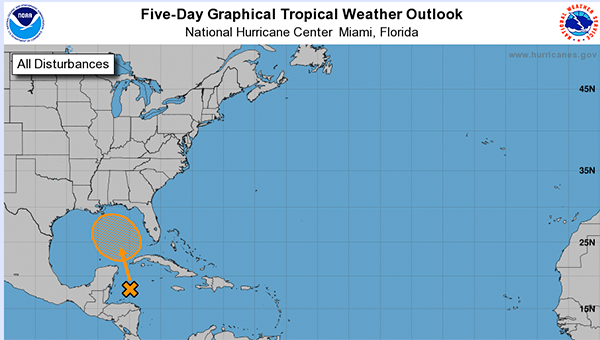 The National Hurricane Center has issued a special tropical weather outlook for a system that has a low potential to develop into a named storm later this week.

In its Monday updates, the NHC showed a low pressure area currently in the Caribbean Sea, bringing rain across Cuba and the Florida peninsula.

While environmental conditions are expected to be “unfavorable for development” during the next couple of days, some gradual development is possible later this week while the system moves into the central or eastern Gulf of Mexico, according to the NHC.

Forecasters give it a 20 percent chance at development over the next five days.

If it were to become a named storm, it would be Alberto.