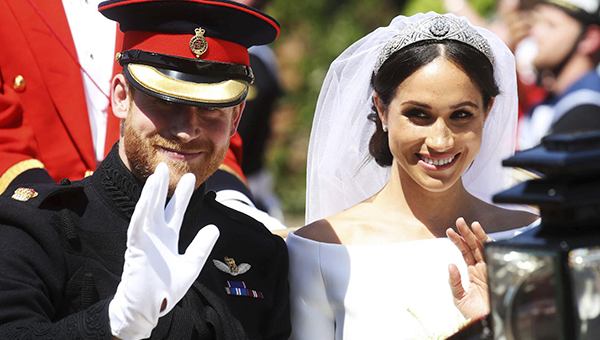 This weekend’s Royal Wedding of Prince Harry, Duke of Sussex, to American actress Meghan Markle, now known as the Duchess of Sussex, had an Andalusia connection.

In his wedding sermon about the power of love, the Most Rev. Michael Curry, the presiding bishop of the Episcopal Church in the United States, quoted a man with local ties.

The quote is from Charles Marsh’s book Welcoming Justice: God’s Movement Toward Beloved Community. Marsh is currently a professor of religious studies at the University of Virginia. But in the 1960s – from 1962 to 1967, to be exact – his father, the Rev. Bob Marsh, was pastor of the First Baptist Church in Andalusia.

In quoting from the book, Curry said, “One scholar said it this way: ‘Jesus had founded the most revolutionary movement in human history: a movement built on the unconditional love of God for the world and the mandate to live that love.’ ”

Marsh’s book traces the influence of faith on the Civil Rights movement and argues that the spiritual underpinnings of that movement can serve as a source of moral energy today.

Curry’s sermon’s central argument was the power of love and how it can transform the world.

Curry went on to talk about America’s antebellum South and how slaves explained the dynamic power of love.

“They explained it this way, they sang a spiritual, even in the midst of their captivity, it’s on that says, ‘There is a balm in Gilead to make the wounded whole. There is a balm in Gilead to heal the sin sick soul. If you cannot preach like Peter, and you cannot pray like Paul, You can tell the love of Jesus, How he died to save us all,’” Curry said.