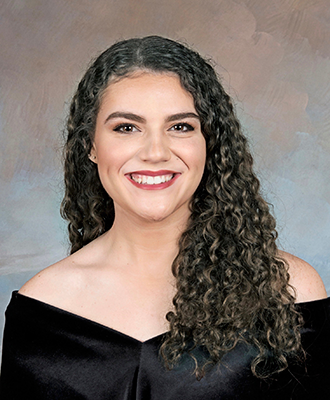 Pleasant Home High School Salutatorian Kenzie Watson’s mother is the only one in her family that has gone to college, and that gives Watson inspiration to be the very best.

“My faith also motivates me,” Watson said. “I know that I was put here to do the best that I can, so I can go far and make a difference.”

Watson and Valedictorian Conner Sowards have been friends ever since they were little and have competed in everything against each other.

“We have been friends since pull-ups,” Watson said. “So we have always been competing against each other.”

Watson is the captain of the Fellowship of Christian Athletes club, a member of Beta Club, Family, Career and Community Leaders of America, and she is a Peer Helper.

Along with her mother and her faith, Watson’s uncle Allen, has been one of the main driving forces behind her desire to be successful.

“He has been through so much, so it is really inspiring to see how is able to stay positive through it all,” Watson said. “I’m usually really negative so it helps me be comfortable to see how he goes through his problems and always has a positive outlook on life.”

Watson’s parents have pushed her to be the best she could be her entire life.

“They have been the type of parents that use tough love,” Watson said. “They don’t baby me about anything which is good. They have given up so much to be where they are and I think that is very inspiring.”

In Watson’s free time, she is a part of a Christian based fishing group called Fishers of Men, and travels to fishing tournaments. She also has gone on several mission trips to New Orleans, Tennessee and Michigan.

Watson is also involved with the Greenville Haunted Fire House.

“I have been volunteering there for four years,” Watson said. “I usually dress up as a clown and scare people.”

She has been involved with Meredith Miracles’ Cookies With Characters for five years.

After graduation, Watson plans to study criminal justice and psychology at Judson College, with the hopes of becoming a criminal profiler.

Watson is the daughter of Mandi and Ashley Watson. Her paternal grandfather is Joseph Watson and her maternal grandparents are Joan and Mike Sellers.