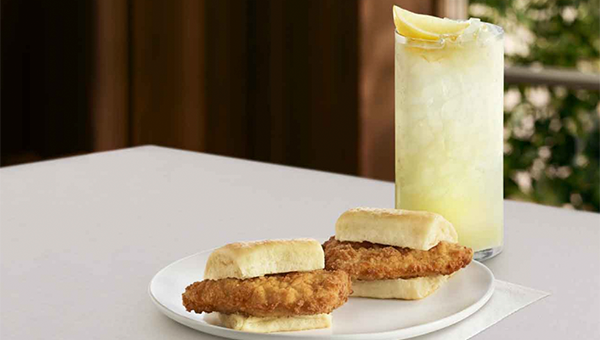 Chick-fil-A's sliders are being test marketed in two cities.

Two Southern favorites are being married and marketed in two test markets by Chick-fil-A this summer.

The popular fast food chicken franchise is pairing small portions of its signature chicken filet topped with a honey butter spread in a Sister Schubert roll and marketing it as a chicken slider.

The sliders are being tested for a limited time this summer in Charlotte, N.C. and Albuquerque, N.M., The Charlotte Observer reported.

According to the Chick-Fil-A spokesperson, “the new Chick-n-Sliders are a perfect summer snack – made with a smaller portion of Chick-fil-A’s signature chicken filet served warm on a Sister Schubert roll and topped with honey butter spread.”

Customers can order one or two sliders on their own, or make it a meal by pairing two sliders with a drink and a side. The new Chick-n-Sliders are also available on the Kid’s Meal menu, which includes one slider with a kid’s side and drink.

The founder of the Sister Schubert brand, Patricia “Sister” Barnes, lives in Andalusia.