Remember When: Stars and Stripes Forever! [with gallery] 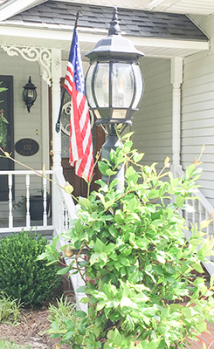 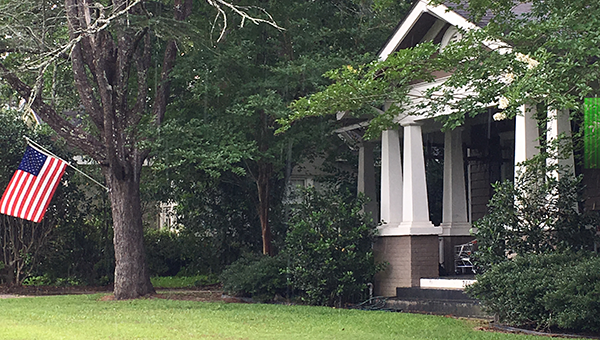 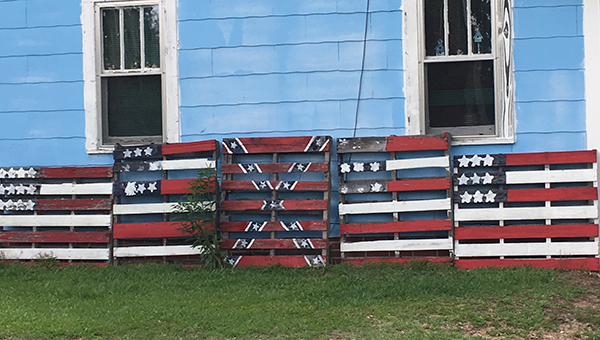 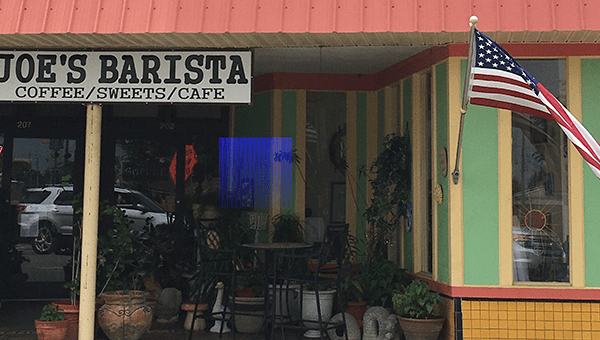 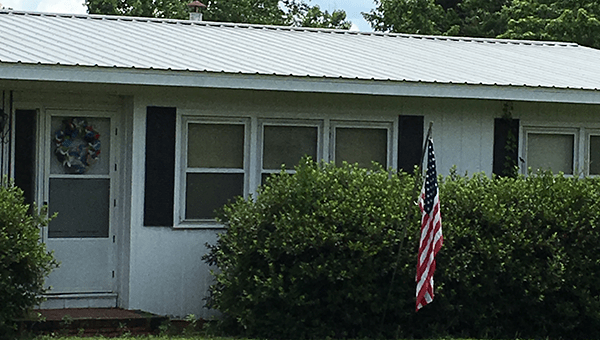 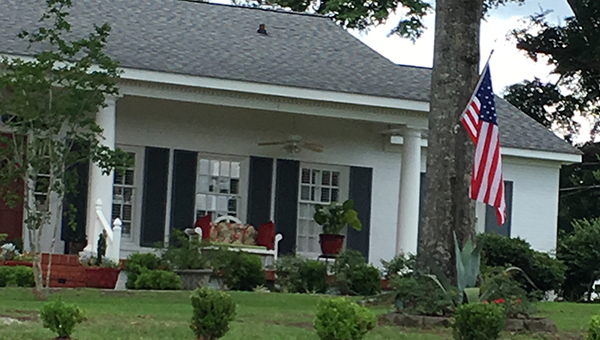 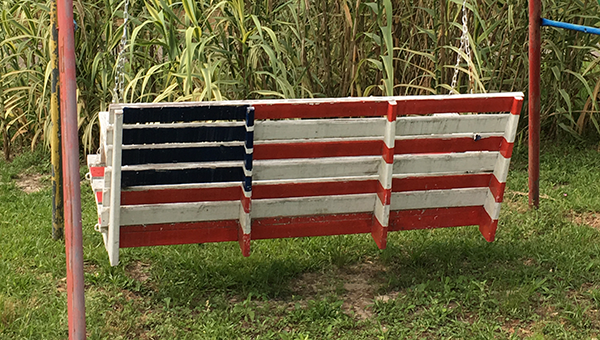 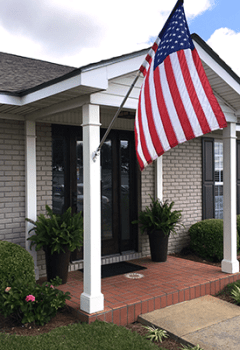 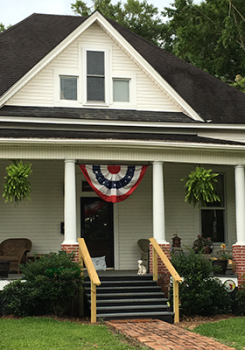 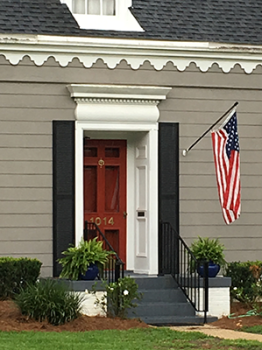 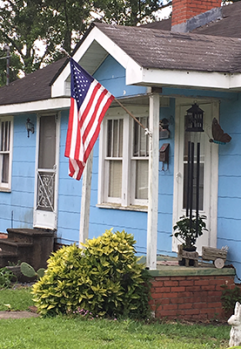 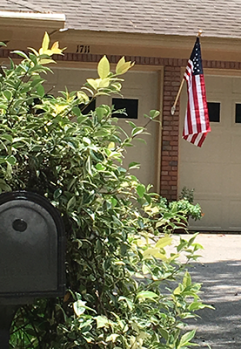 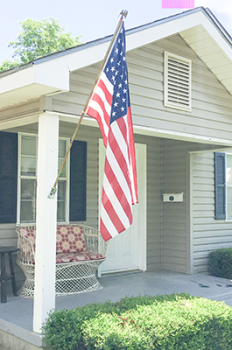 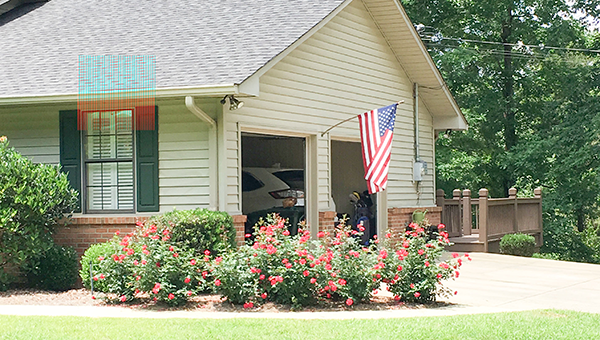 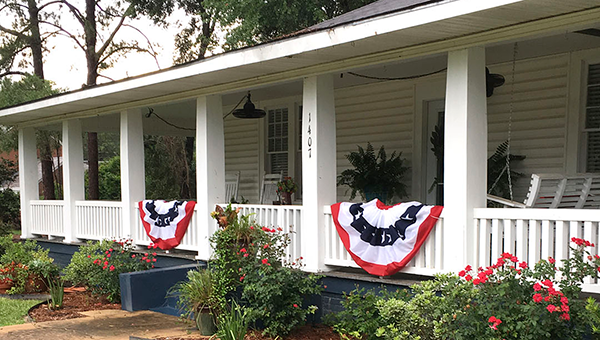 “The Stars and Stripes Forever” is a patriotic American march widely considered to be the magnum opus of composer John Phillip Sousa. By a 1987 act of the U. S. Congress, it became the official National March of the United States of America and is Sousa’s most famous composition.

With possible exception of “The Star Spangled Banner,” no musical composition has done more to arouse the patriotic spirit of America than this beloved composition. Sousa who was in the Marine Corps Band through the Spanish-American War in 1898, wrote the music and the lyrics on Christmas Day, 1896.

“The Stars and Stripes Forever” has found its place in history. With the passing years, the march has endeared itself to the American people. Sousa insisted that the strains were divinely inspired. “Hurrah for the flag of the free. May it wave as our standard forever.”

At a recent Civitan Club meeting, this song was sung by the members and guests, accompanied by Gary Padgett on the piano. The Civitan has been promoting patriotism in our community for years. Their members take turns hanging out the flags all over town for every patriotic holiday. They would love to have some new members, President Col. William Blocker states. Why not help keep “Old Glory” waving! After all, many of our fathers and grandfathers, uncles, brothers fought in World War II 70+ years ago, the Korean War 60+ years ago, the Vietnam War 50+ years ago and some other conflicts not so long ago. Some men and women soldiers are serving in the present generation in dangerous areas of the world.

Something in the back of my mind keeps bringing up the tv show featuring Private Gomer Pyle and Sergeant Carter. The troops always march on the base to the tune “The Stars and Stripes Forever” on the Me TV network. I do Remember When Gomer couldn’t march to please Sergeant Carter.

Memorial Day is an American holiday observed on the last Monday of May honoring the men and women who died while serving in the U. S. Military. Originally known as Decoration Day, Memorial Day originated in the years following the Civil War and became an official federal holiday in 197l.

Many Americans in the early years observed Decoration Day by visiting cemeteries, holding family picnics and gatherings, and placing flowers and flags on graves. Memorial Day today is often thought of as the beginning of the summer season so families and friends celebrate with cookouts and get-togethers. Parades and ceremonies are often held in communities.

By the late 1860s, Americans in various cities and towns had begun holding springtime tributes to the countless fallen soldiers decorating their graves with flowers and flags memorializing the deceased with prayers and other remembrances. In 1966 the federal government declared Waterloo, New York the official birthplace of Memorial Day since in 1866, that town hosted one of the first annual, community-wide events when businesses closed and those who served and died were remembered. This tradition has continued through the years.

On this Memorial Day 2018 here in Covington County, let me urge every citizen to teach your children, grandchildren, nieces and nephews about the history of Memorial Day; to display an American flag or bunting at your home or business; to adopt a “patriotic fire hydrant” to be painted red, white, and blue; and especially to REMEMBER WHEN soldiers of all American wars died so that we can have a wonderful country with the freedoms we enjoy today.

Just a reminder that the Old Three Notch Chapter of the D. A. R. (Daughters of the American Revolution) along with the City of Andalusia will be sponsoring the upcoming 5th annual 4th of July parade at 10:00 a. m. East Three Notch Street will be the runway for trailer floats, golf carts, trucks, 4-wheelers, convertibles, bicycles, horses and ponies, “Good Citizenship Award” winners, and people walking their dogs. Betsy Ross, Ben Franklin, George Washington, Thomas Jefferson have all shown up before. Hope they will again. This neighborhood parade symbolizes the true patriotism of the citizens of Andalusia and Covington County and runs from the First Baptist Church parking lot to the Veterans Park behind City Hall. You will have plenty of time to go to the lake or the beach or to your family cook-outs afterwards.

Do plan to be a part of supporting the “Patriotic Fire Hydrant” project. You can adopt a fire hydrant to be painted variations of red, white, and blue. $75. is the cost. Pick the location of the hydrant you want to adopt – in your neighborhood, on a city street, in front of your business, on the square, on the by-pass. Mail your check to – Old Three Notch D.A.R., 25525 Tinsley Rd., Andalusia, AL. 36421. THIS IS NOT A MONEY-MAKING PROJECT for this organization that promotes patriotism. Don’t delay now. This work needs to be done right away so the painting can be completed by the 4th of July.

One day we will all look back and REMEMBER WHEN this generation of local citizens, old and young, helped to make Andalusia become the most visibly patriotic city in the South! God bless America!

Sue Bass Wilson, (AHS Class of ’65), is a local real estate broker and long-time member of the Covington Historical Society. She can be reached at suebwilson47@gmail.com.