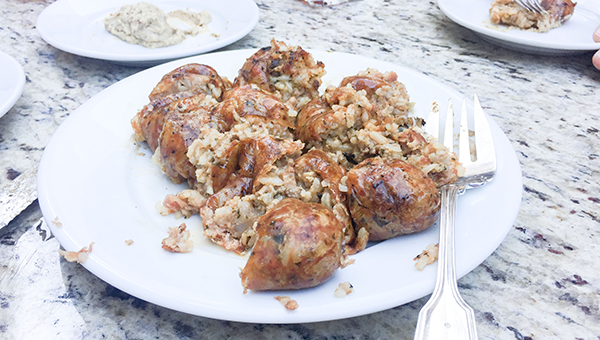 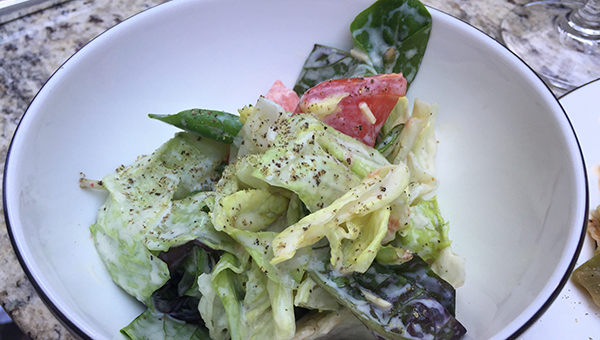 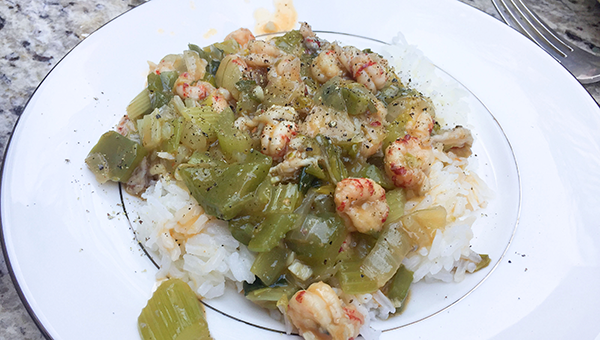 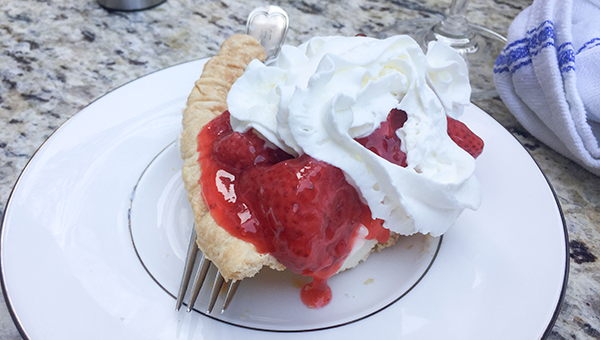 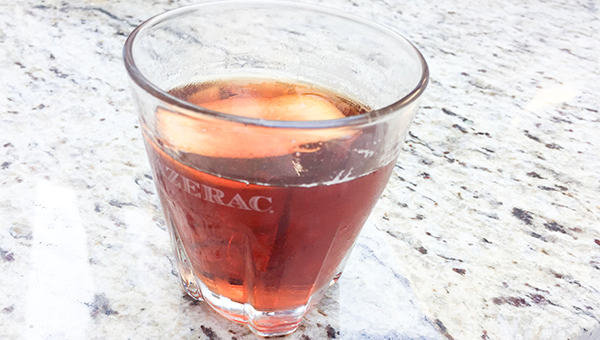 Recently in New Orleans a friend invited us for a dinner of ‘smothered crawfish.’ I had not heard the term before. He explained it was essentially crawfish étouffée using a recipe from his French grandmere for her ‘ti garçon’. He used the trinity and some garlic which he added to a butter based light roux. No tomatoes.

Reading recently about Trump’s State Dinner for Emmanuel Macron I noted they served jambalaya with the lamb. The Louisianans invited noted it was all the consistency of rice. It apparently had all the ingredients but all chopped fine. “It was good,” said one, “but it was not jambalaya.” That led to the discussion as to whether tomatoes should be included. Every Maman has a different take on the classics.

This led to research on toufée and smothered and what to include. The March/April issue of ‘Louisiana Kitchen & Culture’ had just the article I was looking for—‘On a Quest for the Origins of Έtouffée.’ They noted that étouffée translates as smothered. “To Louisianans, Cajuns in particular, it brings to mind a delicious pot full of something, usually crawfish, that’s been smothered under a bed of aromatics and is ready to be piled over fluffy, hot white rice.” But, start with a roux? include tomatoes?

In Mémère’s, Country Creole Cookbook, I found a basic ‘smothered’ recipe taken from Louisiana’s German coast. Although my friend has a German surname as well as French ancestors he is not actually from the German coast but a little upriver.

If using frozen crawfish, thaw and soak in cold water 10 minutes. Drain and set aside.

In a small bowl, mix together cornstarch and remaining ½ cup broth. Stir into gravy. Simmer until sauce thickens, about 2 minutes. Adjust seasoning to taste. Serve over hot rice.

We started our evening in the French Quarter courtyard with cocktails, what else? I have found a new favorite which has been around for ages but I only learned of it last year. The Vieux Carré was invented by bartender Walter Bergeron at Hotel Monteleone’s Carousel Bar in 1938. It first appeared in print in Stanley Clisby Arthur’s Famous New Orleans Drinks & How to Mix ‘Em. Mix ¾ oz. cognac, ¾ oz. rye whiskey, ¾ oz. sweet vermouth and ½ tsp Bénedéctine with a dash of Angostura Bitters and a dash of Peychaud Bitters over ice, shake, and pour into a cocktail glass and garnish with a twist of orange peel or a cherry.

For appetizers our friend grilled boudin which we ate with mustard. My son brought out a sparkling rosé. Sparkling is my favorite wine. Then came the smothered crawfish over rice with a salad. Dessert, as if we needed it, was a strawberry pie with whipped cream. It was a wonderful evening in the French Quarter, a balmy evening with wonderful food and family and friends.