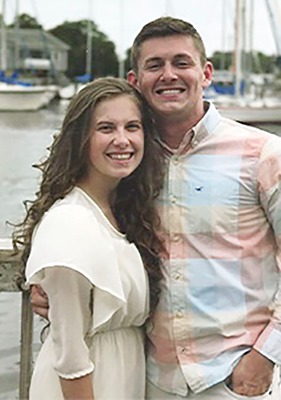 Tammy Sasser of Andalusia and Scotty Lindsey Sr. of Milton, Fla., would like to announce the engagement and forthcoming marriage of their son, Joshua Aarron Lindsey of Red Level, to Melanie Sapp, daughter of Paula and Jay Smith of Hamilton, Ohio.

The prospective groom is the grandson of Ronnie and Barbara Brooks of Opp and the late Farrell and Shirl Lindsey of Milton, Fla.

He is a 2010 graduate of Red Level High School and currently employed at Paper Products in Hamilton, Ohio. He is also an evangelist.

She is a 2015 graduate of Talawanda High School and is currently employed at Liberty Bible Academy. She is also attending Butler Tech to pursue a degree in medical billing and coding specialist.