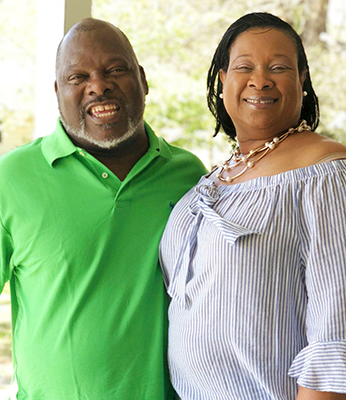 The St. Peter Missionary Baptist Church will have a Gospel Benefit Program for John Gurley to help him with financial problems after being in and out of the hospital four times in the past month.

“He has been in and out of the hospital the past month,” program organizer Lanette Reed said. “I know that he had surgery last Saturday, and he is on dialysis.”

Reed said that they are doing the program because Gurley has been such a good member of the church.

“He has always been so dedicated to the church,” Reed said. “His wife is traveling back and forth to Pensacola, while working and taking care of three children, so we wanted to do something that will help him.”

Reed is asking area church singing groups to participate in the program.

“This is mostly a program to get several different churches together and have some fun singing,” Reed said. “Hopefully, a lot of groups will come and we can raise some money for Brother Gurley.”

Reed said that the only confirmed group is the First Unity Male Choir.

“I honestly think the turnout will be great,” Reed said. “I am just going to put my trust in the lord. He has one son in college and three at home so he really needs some help.”

Gurley and his wife, Katrina, have three sons, Josh Gurley, Antonio Gurley and Brandon Gurley, and a daughter, Kaleah Gurley.

Gurley’s wife has spoken with him on the phone over the past week and she said that he is sounding a lot better.

“Speaking with him over the phone, he is in good spirits,” Mrs. Gurley said. “The doctors are trying to get him transferred to Andalusia Health so they can start treatment on him.”

She said that the community coming together to support him is great.

“It feels great to have the community and surrounding churches come together,” Mrs. Gurley said. “It shows that they truly are thinking about us and sending their prayers.”

There will also be a Free Will Donation for all of those looking to donate.

HOW THE COUNTY VOTED

Following are vote totals from the party primaries in Covington County on Tues., June 5, 2018. REPUBLICANS For Governor Kay... read more