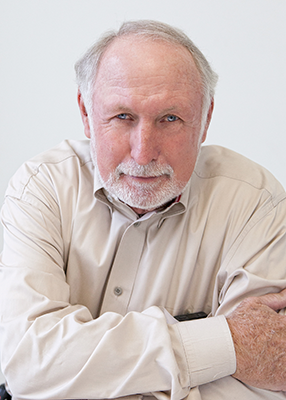 Barton recognized for work with posse

“They wrote it up like I’m some kind of super hero, but I’m just a regular old Joe.”

That was Joe Barton’s reaction to being recognized by Dothan’s WTVY as June’s “Silent Hero.” The program recognizes a citizen in Houston, Pike, Coffee, Geneva, Covington, Dale, or Henry Counties who makes a positive impact in his or her community through volunteer service. Barton, who is a Covington County commissioner, was recognized for his role as captain of the Covington County Sheriff’s Posse, a role he’s had since 1995.

“I think Phillip and Gail Jones and Jimmy Hutto sent it in,” Barton said. “When the guy called me from Dothan, I thought it was a telemarketer. I was being a smart aleck, then I figured out it was a legit deal. They wanted to do an interview thing on TV.”

Barton said he also was surprised to learn the recognition carried a $1,000 contribution, which he says the posse can put to good use.

The posse was founded 52 years ago and is the oldest mounted sheriff’s posse in Alabama. Barton is a second-generation member.

Barton realized the critical need for a team of trained tracking dogs to assist first responders, and it became his goal to raise the monies necessary to build this team of trained search and rescue dogs. The posse’s first track dog was acquired as a young dog and trained by Barton and one of the other posse members. This dog served the posse well for several years assisting in locating lost children and dementia patients, and in apprehending a number of fleeing criminals.

Because of an increase in requests for assistance from local and regional law enforcement agencies, Barton soon realized that in order to adequately address the number and complexity of these requests, the posse needed two different types of dogs, one type for locating lost persons (scent dog) and one type for apprehending criminals (tracking dog). Even though trained scent dogs are very expensive, Barton took the project on himself and with the help of other posse members, raised the money to purchase a bloodhound professionally trained as a scent dog.

In addition, he reached out to law enforcement and corrections agencies in other states for assistance. Through these contacts he was able to acquire several trained tracking dogs to be used in the pursuit of criminals on the run. Over the past several years, Barton and two other posse members have acquired, evaluated and trained a number of dogs in an effort to continuously increase the quality of the K-9 team.

The posse serves Covington County and also regularly serves five surrounding counties as requested, a total land mass of 4,220 square miles. Even so, Barton and his team are experiencing a 90+ percentage rate of locating and rescuing those in peril and apprehending those in flight from the law.

Barton said it’s the whole group who deserves credit, not him.

His nomination for the award stated, “While he does have a very competent team of volunteers, it is his leadership, his expertise, and his dedication to the cause that motivate the team and encourage them. Joe’s character and his commitment to the team are evident in their unwavering support of this effort.”

Barton said the time spent working with the posse varies from week to week.

“It just depends on what happens,” he said. “Week before last, we spent about six hours helping in Coffee County.”

“Even when we’re not working, we’re an extra set of eyes and ears for the county,” he said.

The LAAC will host a book signing at The Gallery on Thursday evening for local author Mark Hainds. Hainds’ book,... read more