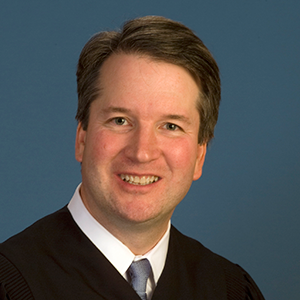 Kavanaugh has served for more than a decade as a federal judge on the U.S. Court of Appeals for the D.C. Circuit. He currently serves as the Samuel Williston Lecturer in Law at Harvard Law School.

After graduating with honors from Yale College in 1987, Judge Kavanaugh completed Yale Law School in 1990, where he was a Notes Editor on the Yale Law Journal, he clerked for Justice Anthony Kennedy of the Supreme Court, Ninth Circuit Judge Alex Kozinski, and Third Circuit Judge Walter Stapleton.

U.S. Sen.Richard Shelby (R-Ala.) released the following statement: “President Trump has made an excellent choice in nominating Judge Kavanaugh to the Supreme Court. He has impressive credentials, and I look forward to meeting with him to further consider his qualifications and commitment to upholding our Constitution as it is written. This nomination is one of the most important items that we will consider this year. I am hopeful that Judge Kavanaugh’s confirmation process will be fair and timely.”

U.S. Sen. Doug Jones, a Democrat and a former U.S. attorney, too a “wait and see” position. Because the Republicans hold only a two-vote majority in the Senate (51-49), moderate Democrats could play a key role in the confirmation process.

Jones was among the Democratic lawmakers invited to the announcement at the White House but did not attend. CNN reported no Democrat lawmakers were in the East Room when Trump made his announcement.

“Tonight’s announcement is only a first step,” Jones posted on Twitter Monday night. “A thorough vetting of Judge Kavanaugh’s body of work will be critical for the Senate to fulfill its shared responsibility–which I take very seriously. I will be diligent in measuring the record and in undertaking an independent review.”

Congressman Bradley Byrne, who represents Southwest Alabama in Congress, said, “As a fair legal mind, defender of the Constitution, and a judge on the D.C. Circuit, Brett Kavanaugh is prepared for a seat on the Supreme Court. I support President Trump’s nominee, and I hope the Senate will move expeditiously to confirm Judge Kavanaugh, a high quality and uniquely qualified nominee.”

U.S. Rep. Martha Roby (R-AL) said in a statement, “This is truly a historic moment in our nation, and I applaud President Trump’s decision to nominate Judge Brett Kavanaugh to serve on the Supreme Court. Judge Kavanaugh is a conservative, experienced jurist who I believe will be a strict constitutionalist on the bench. I’m hopeful his nomination will give us an opportunity to shift the balance of the Court in favor of the pro-life movement for years to come.”