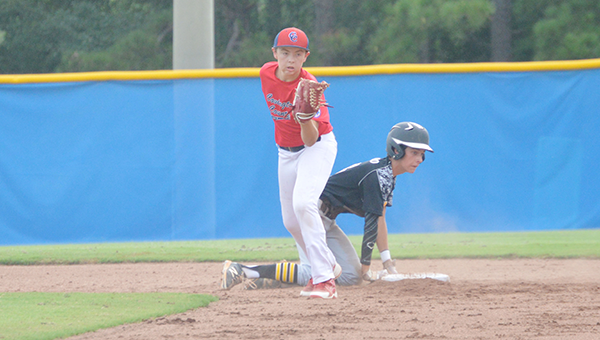 Local hotels sold out for event

By CHRISTOPHER SMITH and JOSH DUTTON

“There will be eight teams coming from all over the Southwest,” Adams said. “That means 15 additional families coming to the county, so around 300 people will be eating at our restaurants, shopping in our county and staying in our hotels.”

Adams said that every hotel in the county has been booked for the tournament.

“We have teams staying in Crestview and Greenville because all of our hotels are booked,” Adams said.

Adams expects the crowd to be around a few hundred people each day.

“Regional tournaments tend to bring a bigger crowd,” Adams said. “I expect that parents, grandparents of the players and even people around the county that don’t have players in the tournament that just want to watch some good baseball. I’m sure several high school coaches and local college coaches will be in attendance as well.”

Adams said that the Covington County Babe Ruth League decided to host because of past success of hosting tournaments.

“Five years ago, the county hosted the softball world series and we had a very successful tournament,” Adams said. “I think the Babe Ruth organization is very pleased with our community and I think people enjoy our hospitality.”

Adams is trying to get gift baskets together for the managers of each team to showcase different businesses.

“We want to be able to give managers these baskets to show them places to eat and shop and things like that,” Adams said. “For example, there is a 10 percent discount coupon for C.J.’s restaurant. It is really to help them out and in turn it will help our businesses around town.”

Adams said that the board is very interested in bringing more tournaments to Covington County.

“Two years ago, we met and talked about bringing in more world series,” Adams said. “It just takes a lot of planning, usually two to three years, but the possibility is there. We have a really good relationship with the National Babe Ruth Organization and the state’s organization.”

If any businesses are interested in making a donation before Adams delivers the baskets on Thursday, contact him at 334-804-1111.

The tournament will kick off Thursday night with a banquet with all of the teams, and will game play will begin Friday at Straughn High School at 10 a.m.

Game two will be between Sylacauga and SBC, Texas., at 1 p.m.

Game four will be played at 4 p.m., between Tallassee and Ft. Smith, Ark.

The final game of the day will pit Covington County against Sumerall at 7 p.m.

Play will continue at 9 a.m., on Saturday.