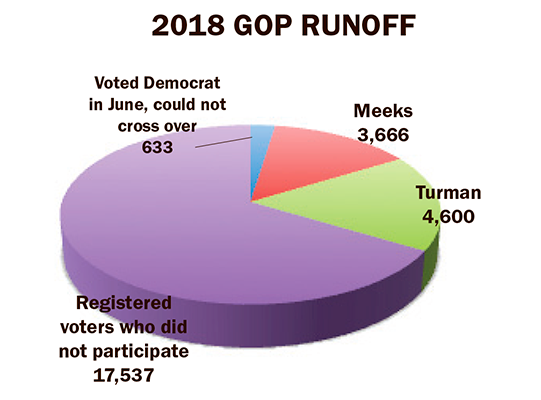 Interest in the Covington County sheriff’s runoff Tuesday was obviously high, as more votes were cast in the race than in the June 5 primary.

Voter turnout in Tuesday’s GOP runoff in Covington County was only 1 percent lower than combined Democrat and Republican voting during the June primaries.

The 8,278 voters who participated in the election Tuesday represent 31.31 percent of the 26,436 registered voters in the county.

And while there were slightly fewer voters participating Tuesday, there were actually 510 more votes cast in the sheriff’s race.

The Andalusia Police Department is investigating Tuesday night assault in which a man was seriously injured. According to a press... read more