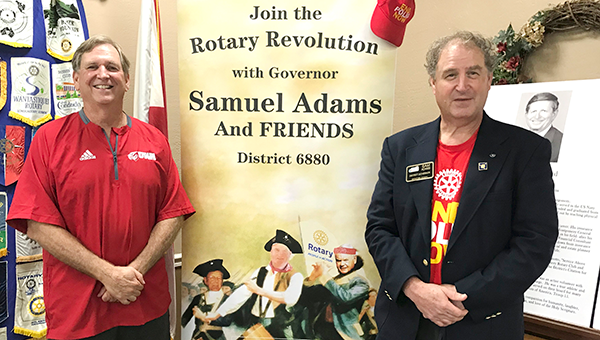 Rotary District Governor Sam Adams attended the Andalusia Rotary Club meeting on Monday, but first he went for a hot run from Tabby D’s, through the LBW campus to the Dream Park and back.  He was joined in the run by Rotary President Barry Outlaw, above, and Jason Jessie. The two-mile run was a challenge for the club to contribute $1 per mile per member to Rotary’s polio eradication program.  The club met that challenge.

Adams, whose father, Ralph Adams, was an Andalusia native, also recognized Gail Hayes, left, as a Paul Harris fellow. A $2,000 contribution to Rotary International was made in her name.

Back to the books