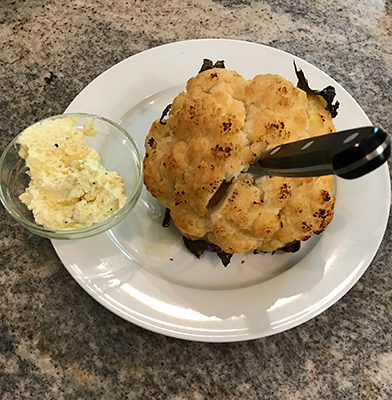 I have tried two great recipes form the cookbook, Shaya, by Alon Shaya and you need to try these. Since Alon has a background in Italian cooking this Chicken Milanese recipe is homage to that. The term “Milanese” is used to describe the breaded veal chop that is a signature dish of Milan, a close cousin to schnitzels from Austria. I do this dish almost once a week (using chicken) but I never have added the sesame seeds. I tried it last evening and it added another layer of crunch and taste.

Chicken Milanese with Watercress and Lemon

1 cup fresh breadcrumbs (I use panko)

Place a chicken breast on a long sheet of plastic wrap, and splash it with a dab of water to keep it slick, then pull the plastic over it to cover. With a meat mallet or heavy rolling pin, pound it outward until it’s an even ½ inch in thickness. Repeat with the others.

Place the flour in a wide, shallow bowl. Beat the milk and eggs together in a second bowl; in a third, season the breadcrumbs with the sesame seeds, salt and mix well. Separately, line a large plate with paper towels.

Set the olive oil and butter in a large skillet over medium-high heat. Drop a small piece of bread into the oil to test the heat—it’s ready when it toasts golden right away; if it turns dark too fast or if the oil splatters wildly, turn the heat down a bit before adding the chicken.

Dredge a piece of chicken in the flour, coating all sides and shaking off any excess. Do the same thing in the milk and eggs, then dip in the seasoned breadcrumbs. You want a light but even coating, so resist the urge to cake it on.

Drop the chicken into the oil, and leave it for 2 or 3 minutes, until the bottom is deeply golden and crisp. (You can cook multiple pieces of chicken at a time, as long as the pan isn’t crowded.) Flip the chicken and cook, undisturbed, for another 2 minutes or so. Moderate the heat as needed: you want it to be hot enough to create a crust but low enough so that you are in control.

Moved the chicken to the lined plate, and repeat until all the pieces are cooked. Pile ¼ cup watercress or arugula on each piece, and serve with a lemon wedge, which people can squeeze themselves. Eat while it’s hot.

The next dish was the turning point in Alon’s attempt to sneak Israeli food on an Italian menu in the American South. It was inspired by the popular Israeli snack of fried cauliflower with labneh, basically a thick yogurt. He served this roasted cauliflower with feta at Domenica and it turned out to be wildly popular. They serve nearly seven hundred heads a week! And nearly every table orders it. It is delicious and easy to do! It is impressive and can be shared by all at the table.

1/3 cup plus 2 tablespoons olive oil, divided, plus more for serving

Maldon or other flaky sea salt to finish

Trim the cauliflower’s stem, and add the head to the pot. Turn the heat down to medium, and cook, stirring occasionally, for 7 to 10 minutes, until the bottom is approaching tenderness. Gently flip it in the pot, and cook for another 5 to 8 minutes, until the center is easily pierced with a knife.

Gently pull the cauliflower from the pot. Move the cauliflower to a rimmed baking sheet or roasting pan, and roast for 30 to 40 minutes, rotating the pan after 30 minutes, until the top is burnished deeply browned and it’s still got nooks of white and not slouching in the pan.

While that is in the oven, pulse the goat cheese, cream cheese, and feta with heavy cream, remaining 2 tablespoons olive oil, and last ½ teaspoon salt in a food processor until mixture is smooth. Transfer to a bowl for serving.

Move the cauliflower to your serving platter, drizzle more olive oil over it, as well as the whipped feta. Serve with a sprinkle of flaky sea salt and Aleppo pepper. Give people some steak knives so they can serve themselves, dragging each bite through a big puddle of the cheese.