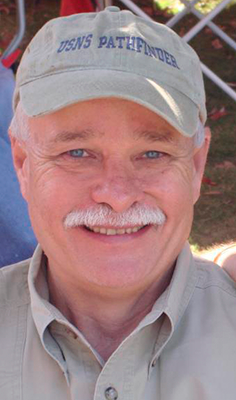 Nathaniel “Buddy” Waller, whose specialized engineering career has taken him all over the world, is among the five Andalusia High School alumni being honored this week as AHS Outstanding Graduates.

He earned an electrical engineering degree from the University of South Alabama, and spent 16 years working as an engineer for General Electric.

He currently makes Mobile his home, but when in Andalusia, he serves as a volunteer reserve deputy with the Covington County Sheriff’s Department.

His nominator, Doris Tyler, wrote, “His resume attests to the fact that he established a very sophisticated and high tech maritime electrical engineering firm that has carried him to many corners of the world. With his many achievements, he still remains a very humble individual who takes great pride in calling Andalusia home.”

His lifelong friend and AHS classmate, Richard Jones, wrote in a letter of support, “I’ve been with him in the air, on the ground and under the sea. I can say with all honesty that Buddy is the smartest, hardest working, kindest and most generous person I have ever known, a credit to his family, his town, his college and especially to Andalusia High School.

“After spending a lot of his career working out of the country, he said he was ready to stop traveling as much and wanted to do something to give back to his community. Buddy has become one of the best officers in my reserve unit.”

Frank King wrote, “He has always strived to be the best role model for his friends and grandchildren in every part of their lives.”

FUMC to break ground on addition

First United Methodist Church has almost completed Phase I of its renovation and expansion project in downtown Andalusia, and is... read more