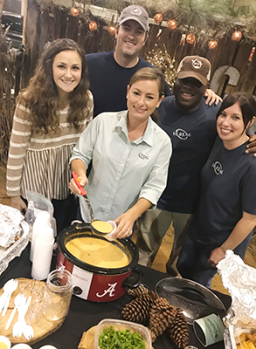 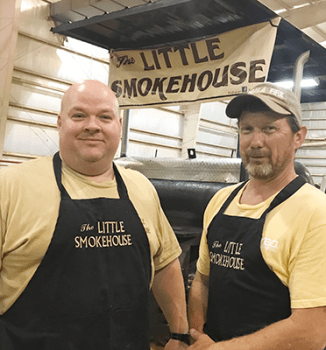 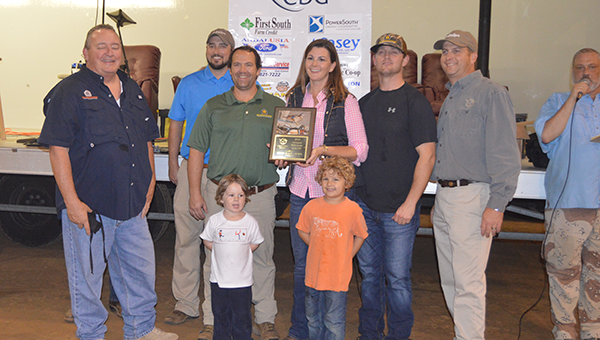 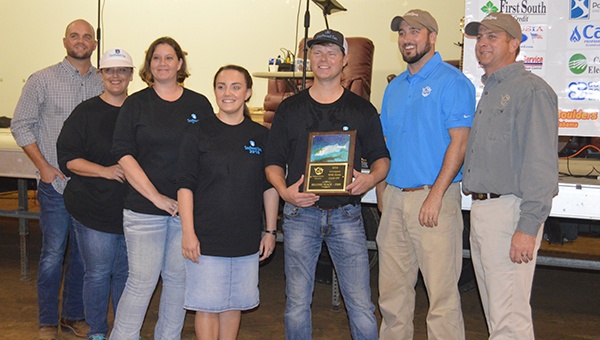 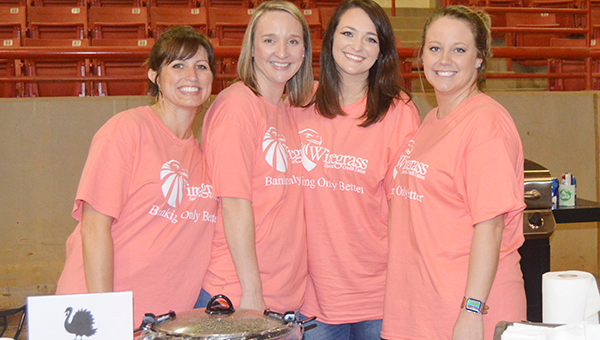 The team of Marvin and Kendall Williford and Mike Cheshire placed in the game, fish and fowl divisions.

Williford, who owns The Little Smokehouse in Florala, said he used a layering technique he learned at a barbecue school to season the quail in his “Smokehouse Flight Delight “ before he smoked it and served it with his barbecue sauce. The process includes three different rubs – Secret Weapon, Honey Rub, and Myron Mixon’s Secret Rub.

The team also earned first place in the fowl division for the dish, and won third place in the game division for Smokehouse Venison. For this dish, Williford said he made a basketweave of bacon, which he spread with venison sausage and cream cheese, then  rolled up, grilled, and sliced.

The group also won third place in the fish category for Mahi-Cajun fried fish and grits.

April Harrelson’s “Crab and Lobster Bisque” won first place in fish for the Covey Down Gang from CDG Engineers.

“I took parts of three different recipes and combined them the way I thought they should be,” Harrelson said.

Harrelson also made pheasant dressing for the fowl division.

“I took my Mimi’s and Mother’s dressing recipe and used pheasant instead of chicken,” she said.

Kathryn Bush’s “Mourning Dove Pot Pie” won second place in fowl for Team Naturals of Southeast Gas. Bush said she called on cousins in Mobile for the dove, and used it in a traditional pot pie.