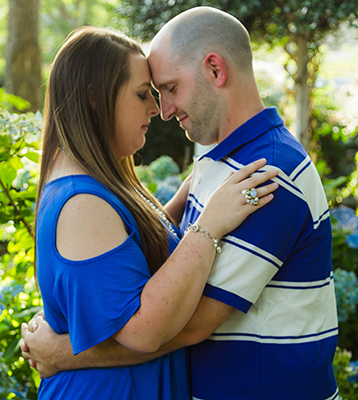 Robynn Wiggins and James Cowan will wed on December 1.

David and Lisa Wiggins of Andalusia, would like to announce the engagement and forthcoming wedding of their daughter, Robynn DeeAnn Wiggins, to James Blaine Cowan, son of Dianne Cowan and the late Jim “Butch” Cowan of Opp.

Robynn is the granddaughter of Thomas and Peggy Wiggins of Andalusia and Maxine Peek and the late Rev. Farris Peek of Andalusia. She is a 2012 graduate of Andalusia High School and is currently employed at T&P Auto Sales in Andalusia.

Blaine is the grandson of the late Mr. James Cowan of Red House, West Virginia, the late Mrs. Juanita Watson of Opp and the late Mrs. Gwen Strickland of Opp.  He is a 2005 graduate of Opp High School and a 2011 graduate of LBW.  He is currently employed with Shaw Industries in Andalusia.

The wedding will be Saturday, December 1, 2018 in Andalusia. Invitations have been sent.

Caroline Grier Jones and Brogden Rountree Duffy were united in marriage on May 12, 2018, in Tallahassee. The bride is... read more