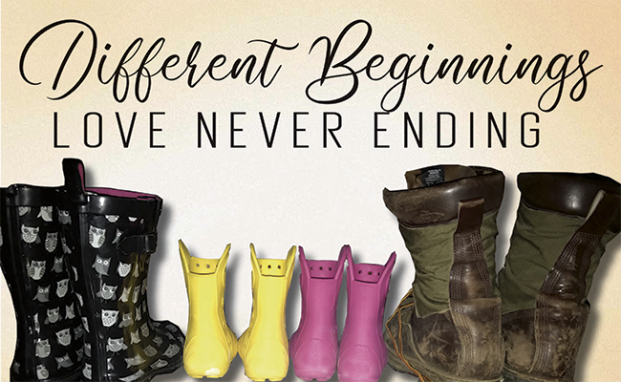 When Robin and Chad Morris married in 2012, they knew they were creating a blended family.

Robin and Chad Morris, just before they were joined by the girls.

“Chad and I had decided we wanted to grow our family,” Robin said on a recent afternoon. “But it was not possible for us to have children.”

If you want to foster

“As soon as I was out of school, I was coaching Babe Ruth. When I lived in McKenzie, a bunch of kids would come over and stay at house. I was like a mentor for a long time.”

The couple decided to become foster parents, and enrolled in the prerequisite class offered by DHR.

“The first night at the class, I thought to myself, ‘I don’t know if I can do this,’ ” Robin recalled. “Sometimes, to hear of some of the things some of the children who might come to you have experienced, might be too much.” 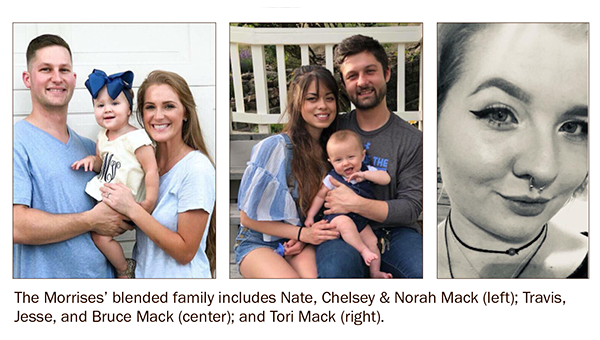 Robin is – and always has been – a big believer in reunification when it’s possible.

“We had to see what would happen,” she said. “With me, every child needs their mom. Even animals need their mother, their parent. But I also know that some people are not cut out to be parents.”

But Chad is quick to add that it’s possible to be a mother without giving birth.

After completing the classes, the couple waited. They thought they would likely foster a small child, but they weren’t quite expecting an invitation to foster two small children.

The Morrises were notified on a Friday that DHR wanted to place two small girls – Khloe and Ansley, then ages 8 months and 22 months – with them.

“They were in a safety plan home, and we had until Monday to make the decision,” Robin said.

“It was our first placement, and we had to decide.”

“People gathered together,” Robin said. “The church gave us two car seats that were brand new. A family member had a crib, and we bought one. The little stuff just all fell together. It was like God said, ‘I’ve got this.’ ”

Robin had experienced managing two small children. Her two older boys are 11 months and 11 days apart, and she was 18 and 19 when they were born.

“But there is a difference in being 45 and having children 20 months and 20 days apart,” she said.  “These girls were not newborns. I was just like an ostrich on roller skates.”

Because addiction was an issue in their birth family, the girls hadn’t received the affection and attention most children their ages had. Robin says you could see the pain on their faces, and it took time before they were accustomed to being held, rocked, or cuddled.

By the second night, Chad was certain that they were forming a forever family. But there was a two-year period in which the girls’ biological parents had scheduled visitations, and a chance to reunite.

For Chad, it’s unfathomable that an addiction is strong enough to outweigh the love of two children.

“It seems like you could put your feelings aside and think about the kids and their future,” he said.

“That was the most people they had ever seen at an adoption,” Robin recalled.

On the stand that day, Chad was asked if there was anything about parenting he thought he couldn’t handle.

A week before the adoption ceremony, Robin got a serious health diagnosis. But she kept going then, and now.

“It’s not about you,” she says of parenting. “You have to do what’s right for the children.”

The girls, who are now ages 4 and 5, go to daycare, but they haven’t always. They also are involved in dance and other activities. They love playing dress up, watching movies, and listening to all kinds of music.

“Chad still goes to work every day,” Robin said. “He could say, ‘my wife’s really sick and I can’t do this.’ But he doesn’t.”

Of fostering and adopting, Chad says, “It’s not about us. If I know that I can give them a better life, care for them, love them, keep a roof over their heads, and make sure they have a nice meal, I’d do it all over again.”

And but for Robin’s health issues, the Morrises would continue to foster, they said.

“There are a lot of younger kids in the system, and all of them need love,” she said. “They need to feel wanted. And family is a good gift.”

Robin and Chad make no secret that their girls are adopted, but they also guard their privacy, and prefer that they aren’t photographed.

Asked about advice they’d give foster or adoptive parents, Robin said, “Treat the children the same. Exactly the same.

At all costs – and it can be difficult in a small town – protect their dignity and privacy.”

She also encourages foster parents to include their extended family members, if that family is accepting.

“If they can’t be open-minded and open-hearted, it’s better to protect the children,” she said.

A plaque in the family’s home that was a gift from a family members sums up the blended family well, Robin said. It reads, “Different Beginnings, Love Never Ending.”