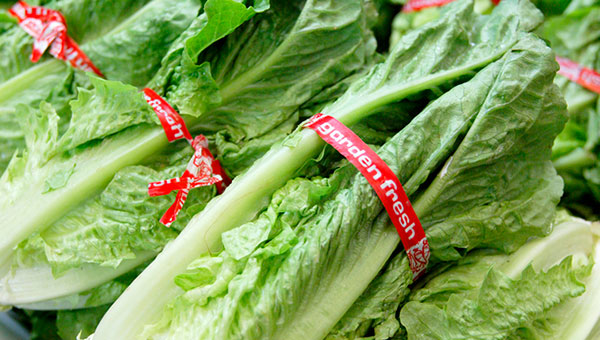 Romaine lettuce, including lettuce mixes, is beginning to return to shelves after a national recall. Courtesy photo

Lettuce is back, but demand has driven up prices

For those who’ve been missing fresh salads since the blanket recall of Romaine lettuce just days before Thanksgiving, today could be a very good day.

The Centers for Disease Control and Prevention issued a national ban in November due to possible E. coli contamination. Because most packaged lettuce mixes included Romaine, almost all lettuce disappeared from local shelves, with only iceburg lettuce and spinach available on the local grocery shelves dedicated to salads.

By the end of November, the source of the contamination had been traced to California, and the CDC ended the national recall. It’s taken producers a while to “catch up,” and national reports indicate the demand has driven up prices.

“We pulled everything off of the shelves that contained romaine lettuce,” Batchelor said. “We only had heads of lettuce and bags of garden salad left.”

Batchelor said that customers have stayed away from the romaine lettuce and haven’t even asked for it since the recall.

“Mostly they are sticking to buying the heads of green and red lettuce,” Batchelor said. “They haven’t even asked about the romaine.”

Since all of the romaine was recalled, Batchelor said that the price of the other lettuce has gone up.

“Due to us not having the romaine, prices have gone up,” Batchelor said. “But since we have it back now, it should go down.”

Local restaurants also have posted notices that they weren’t using Romaine in salads.

Romaine lettuce entering the market will be labeled with either a harvest location and date or hydroponic or greenhouse information, according to the FDA. If romaine does not have this information, it should not be eaten, the agency says.

Forty-three people have been infected with the outbreak strain, including 16 who have been hospitalized, in 12 states since October, according to the FDA.

The LAAC unveiled its Very Market with an opening reception at its facility on East Three Notch Tuesday night. The... read more