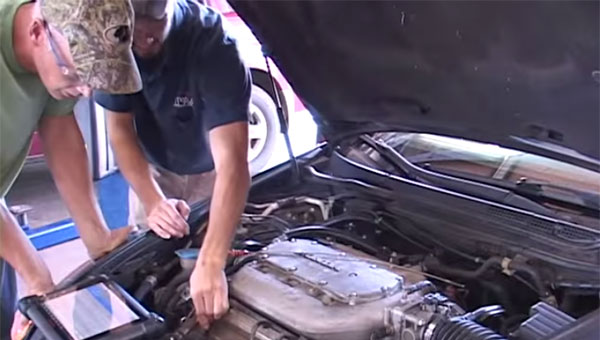 Alabama is finding it difficult to hire instructors for technical courses. Shown are auto mechanics students at LBW. Courtesy photo

Alabama – and much of the nation – faces a shortage of trade teachers, primarily because of the difficulty in becoming certified and lower wages, according to local trade teachers.

Andalusia High School agriculture teacher Anthony Mikel said that in certain areas there is a shortage of trade teachers.

“It really goes into what school systems offer,” Mikel said. “Honestly, there is a shortage of teachers in several areas including core academic teachers. For instance, if a school wanted to bring in STEM classes they may want to hire an engineer to teach one of the classes, but he gets paid more for being an engineer.”

Mikel said that having to go back to school and get a degree to teach is a factor that may deter trade students from becoming teachers.

“In the past, students have had to go back and get a degree,” Mikel said. “Most of the students are too tired of school or don’t want to go back to get certified.”

Despite the demand for certified teachers, Mikel said that the state will work with trade workers that are not certified.

“If you are qualified, the state will help you become certified if you really want to teach,” Mikel said. “They are hopefully making it a little easier for these trade workers to get certified since there is a lack of teachers.”

Mikel said that he is worried about his position after he retires.

“Honestly, in a couple of years I am going to retire,” Mikel said. “And I really don’t think that there will be anybody to come fill my spot. My students just want to get out there and go to work, they aren’t thinking about teaching. They only see the money. They don’t even think about all of the benefits of teaching, just the money of going to work in the trade field.”

“My case was different because I had 25 years of experience in the field and I had been published in trade magazines,” McCuistian said. “I went ahead and told the people at the college that I didn’t have a college degree and I wasn’t going to get one. They went to the chancellor and he said that since I was already an ASE Master Technician with 11 ASE certifications that it would be O.K. I don’t know if anything has changed, but a lot of automobile mechanics have a lot of the certificates to teach.”

McCuistian said his students don’t have an interest in teaching.

“They all don’t anticipate to teach,” McCuistian said. “I have a YouTube channel and post a lot of instructional videos not only for my students, but for everyone to see. In the comments a lot of people from all over the world say that they wish they had a teacher that would do something like that for them, but there just aren’t that many like that out there anymore.”

McCuistian agreed with Mikel, saying that his students are only interested in the money after finishing school.

“They all plan to go straight into the field,” McCuistian said. “I mean there are a lot of responsibilities that come with being a college instructor.”

According to the Covington County Emergency Management Agency director Susan Harris, there is a marginal risk of severe weather, heavy... read more